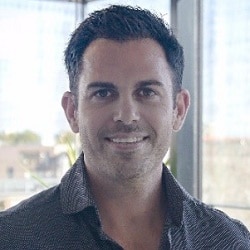 Janes: No need to transfer money between conveyancers

A payment processor has taken the place of conveyancers in handling the finances on completion day in what has been claimed to be the UK’s first fully digital mortgage settlement.

It could spell the end to clients waiting with the removal van in the afternoon for money to be transferred between lawyers.

Shieldpay worked with Barclays on a pilot transaction with leading conveyancing firm Premier Property Lawyers and its regulator, the Council for Licensed Conveyancers (CLC).

It provided a digital escrow facility to take charge of the purchase money, pay the seller, and – in time – pay both the stamp duty and Land Registry fees for the property.

Peter Janes, chief executive of Shieldpay, said: “This eliminates the need for money to be transferred between conveyancers.

“The money remains at Barclays and does not need to go through the conveyancers’ accounts before it gets to the seller.”

Mr Janes said the mortgage money was transferred directly from the lender, Barclays, to the Shieldpay platform, from where it was only released to the seller after digital authority had been received from each side’s conveyancer.

In the next iterations of the platform, the company intends to help conveyancers calculate the correct stamp duty and Land Registry fees and make the payments directly on completion.

“The large number of protagonists involved in a conveyancing transaction have wanted to make this change for a decade,” Mr Janes said. “It has taken an outsider with a tech solution to organise them and galvanise them into action”.

Mr Janes said the Shieldpay platform, which had already been used by large law firms for corporate transactions, had been provided to Barclays on a “white label” basis.

He said a number of other top conveyancing firms were involved to help Shieldpay develop the solution.

Mr Janes said using the Shieldpay system could reduce conveyancers’ indemnity insurance premiums, which were high because of the need to hold client money.

He said both the Solicitors Regulation Authority and the CLC were keen to encourage their members not to hold client money because of the risk that involved. He also said clients were “frustrated by the lack of visibility of the status of the transaction”.

There is no fee for using the platform in the pilot transaction and the intention was that the fee should be shared “between all stakeholders in the home-buying process – bank, conveyancers, buyer and seller”.

Accounts and amounts are “locked on creation of the transaction” and the digital authorisation process requires “a minimum of two approvals” to authorise a payment or to make any changes.

“All authorisations meet the stronger customer authentication requirements under the payments service directive,” the company said.

Doug Crawford, chief executive of My Home Move, which owns Premier Property Lawyers, said: “Having completed the first residential property transaction with Shieldpay, we can see the immediate benefits that their solution brings and how moving day could be revolutionised for many home movers.

“Clients waiting with the removal van in the afternoon for money to reach the lawyers could soon be a thing of the past.”

Rob Gurney, head of legal practice at Premier, added: “Every link of a chain that uses Shieldpay will bring forward the time at which the top of the chain can collect their keys and, in a chain where all parties were using this type of solution, it would be possible for a whole chain to complete and collect keys early in the morning, reducing stress and inefficiency for all of the individuals and businesses involved.”

Stephen Ward, director of strategy and external relations at the CLC, commented: “This first fully digital mortgage settlement in the UK marks a milestone for the sector and we are committed to working closely with Shieldpay and CLC-regulated practices to bring the opportunities and benefits of escrow and third party managed accounts to clients and conveyancers alike”.

“The team has put a huge amount of effort into creating a ‘bank-grade’ payments platform that will change the way that people buy and sell valuable goods and services.”