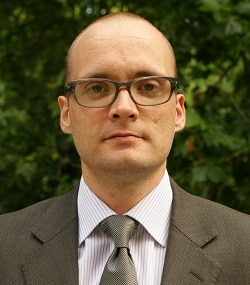 Dinners at the Inns of Court will remain part of the world of prospective barristers after the Bar Standards Board (BSB) decided to maintain the role of the inns in their training.

But in the light of cases where barristers and students have been found to have lied about their qualifications, the regulator is introducing greater checks on students’ backgrounds.

A BSB consultation published last October raised the prospect of a major overhaul of its relationship with the inns, but the outcome issued last week indicated that the status quo will continue.

A policy statement said the BSB would continue to require students join and inn and then complete a minimum number of professional development events, known as qualifying sessions, before they can be called to the Bar and begin pupillage.

Currently they have to undertake 12 sessions, with inns offering the likes of lectures, advocacy workshops, dining sessions and debate nights. The BSB has yet to decide whether it will change the number. Dinners are not compulsory.

The policy statement said: “The content of these should be aligned not just to the Professional Statement but should focus on public interest matters such as the advocate’s role in the rule of law and integrating trainees into to a ‘community of practice’ through interactions with more experienced practitioners and the judiciary.

“We believe that the inns are uniquely placed to provide this important function… More of this activity should be available to prospective barristers outside London, through coherent collaboration between the inns, circuits and regional training providers.”

In the consultation, the BSB said that whilst qualifying sessions offered a number of benefits, there were also some problems.

“Some students with less knowledge of the profession, particularly for those from BME and lower socio-economic backgrounds, may be more likely to feel intimidated by the environment as they may perceive the majority of the barristers attending are white, male and educated at elite institutions.”

The BSB has not yet put out a detailed response to the consultation to explain how these issues might be overcome. The Bar Council strongly backed the continuing role of the inns.

Among the changes announced in the policy statement were requiring authorised education and training organisations to check prior educational attainment, as well as a ‘standard’ Disclosure and Barring Service check at the point of call.

Other issues raised by the consultation – such as potentially reducing the length of pupillage – will be the subject of further policy statements over the next two months.

BSB director of strategy and policy Ewen MacLeod said: “The Inns of Court play an important role throughout a barrister’s career and most of the consultation responses that we received reflect a desire for their continued involvement before prospective barristers are called to the Bar and whilst they are still learning.

“It was felt by most respondents that both student membership of an inn and participating in a minimum number of qualifying sessions add real value to barrister training.

“These policy decisions will inform the new training regulations and the BSB will now work with the inns to clarify roles and responsibilities in more detail.”

Any new rules are expected to come into effect in 2019.