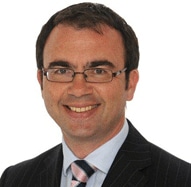 Reformed HMRC rules dealing with the taxation of partnerships will obstruct “genuine” firms trying to invest in their businesses and force them to modify their profit-sharing arrangements, according to a leading accountancy practice.

This week the Treasury revealed the detail behind last week’s Autumn Statement, in which the Chancellor, George Osborne announced plans “to ensure the tax advantages of partnerships aren’t abused” and imposed immediate anti-avoidance measures.

The changes, in a draft Finance Bill aimed at preventing limited liability partnerships (LLPs) and others from disguising employee relationships and taking advantage of lower corporate tax rates, will take place from 6 April 2014, although anti-avoidance measures came into effect from 5 December 2013.

Under the draft bill, a member of an LLP would be treated as an employee for tax purposes if they performed services for a fixed fee or a fee unrelated to profits, they did not have significant influence over the LLP’s affairs, and if the member’s contribution to the LLP was less than 25% of the disguised salary.

With reference to mixed partnerships of individual and corporate members, the legislation would for tax purposes reallocate excess profits from a non-individual partners to an individual partner where the following conditions applied:

Bringing in the changes at the start of the next tax year would lead to “unnecessary complexities” which could have been avoided, Baker Tilly said.

Further, by applying such a “broad brush approach”, HMRC had “caught so many genuine partnership businesses using the structures to accumulate profits for internal investment” that the partnership model was now at “a very real disadvantage in comparison to the traditional corporate model”.

During the consultation – which received negative responses from accountants and solicitors – the Treasury estimated the impact would be some £3.3bn. Many of those affected are likely to be in the financial advice sector, but some will be commercial law firms.

“With more than £3bn of tax at stake, we can expect HMRC to use all its might to enforce the new legislation,” Baker Tilly said.

A briefing written by national chair of the firm’s professional practices group, George Bull, and partner Mark Waddilove, said HMRC had “clearly listened closely” to consultation responses and made amendments to the original plans.

But the bill’s rules on partnerships with corporate members would “impede the genuine commercial plans of firms which are striving to retain profits to invest in the future of their business, so reducing their reliance on banks”.

Meanwhile, it would encourage firms to incorporate as a limited company, which the accountants said was further evidence that HMRC favoured incorporation.

Rules on salaried members of LLPs could “present real problems” for “virtually all partners in larger professional firms who have delegated management to a small management team”, with the consequence that many LLPs would have to increase capital requirements to “ensure that the self-employed tax status of their partners is not prejudiced”.

This could be a “retrograde step” in forcing firms to use partner capital instead of bank finance. Baker Tilly particularly objected to tax reforms having such an impact: “We do not think that tax changes should force firms to modify commercially driven profit-sharing and management arrangements.”

It continued: “It is hard to escape the view that, with substantial short-term tax yield at stake, HMRC is imposing a similar short term agenda on firms.”