Partners who were “authors of their own misfortune” fined £35,000 by SDT 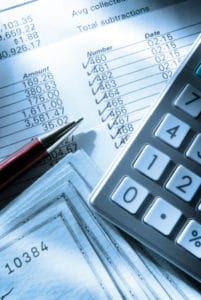 Two partners at a high street firm have each been fined £35,000 by the Solicitors Disciplinary Tribunal (SDT) for multiple accounts rule breaches – very much at the higher end of the financial penalties it usually hands out.

Stephen Grimes was also found to have breached the money laundering regulations and both he and Frederick Broadbridge were found to have failed to act with integrity.

The SDT said it had previously fined the partners £2,500 each in 2006 for accounts rule breaches.

Rejecting their arguments that the latest breaches were the result of “catastrophic events out of their control”, the tribunal described the partners as “authors of their own misfortune because of their inability or failure to devote adequate resources to the firm’s accounts”.

While the solicitors argued that no client had “complained or lost money”, the SDT said the “exact extent of harm to clients, if any, could not be ascertained” and the solicitors had not “learned their lesson” from the previous disciplinary hearing.

The pair ran Broadbridge Grimes, based in Wimbledon, south London. Mr Broadbridge, who qualified in 1980, was senior partner. Mr Grimes was admitted in 1985.

The SDT heard how an investigation officer from the Solicitors Regulation Authority (SRA) visited after the law firm sent the regulator a qualified accountant’s report in July 2013.

The investigator’s report found that a minimum cash shortage of almost £17,000 existed in the firm’s client account, as at 30 September 2013, and, when he reviewed the list of client balances, “discovered that a balance of £501,608.73 existed, which related to residual balances on client matters”.

These included causing or permitting unauthorised credit balances to remain on office account and debit balances on client account, failing to carry out client bank account reconciliations, inappropriately using suspense accounts and holding residual balances of over £293,000 in relation to 646 client matters, without telling clients about the retention and the reasons for it.

The partners also admitted allowing the firm’s client account to be used as a banking facility, by receiving and making payments in the absence of an underlying legal transaction.

Th SDT upheld a further allegation that the two men had broken the rules by failing to notify the SRA of “issues with the firm’s books of account” and a claim made on behalf of the joint liquidators of a company relating to a sum of over £3.1m received by the firm.

Mr Broadbridge, in his role as COLP and COFA of the firm, was found to have “failed to ensure compliance”, failed to report to the SRA and shown a lack of integrity in allowing client account to be used as a bank account.

Mr Grimes was found to have breached the Money Laundering Regulations 2007 and acted with a lack of integrity in doing so.

However, the SDT rejected an allegation that Mr Broadbridge had breached the SRA’s training regulations by making a false declaration that he would pay a trainee the minimum salary. A related allegation of dishonesty was also rejected.

The tribunal noted that Mr Grimes said in an email: “I cannot just receive in excess of £3m and then disperse it without at least obtaining the necessary information for this file” – but that was “exactly what he did”.

The SDT said his actions had “exposed the firm to a significant financial risk” by receiving money without knowing to whom it belonged or if he had the authority of the owner to establish that what he was doing was authorised – and when he completed the purchase of a property in Virginia Water in Surrey, he “did not know whose money it was he was spending”.

The tribunal decided that, given that there were only two partners in the firm and most of the allegations had been proved against both of them, the same sanction should be imposed on each.

The SDT said it was not necessary to remove the men from practice because the public could be protected by imposing restrictions on them.

The tribunal further ordered that the pair may not practice as sole practitioners, managers or owners of law firms, partners or members of LLPs or ABSs, and could not occupy roles of COLP or COFA, without its permission.