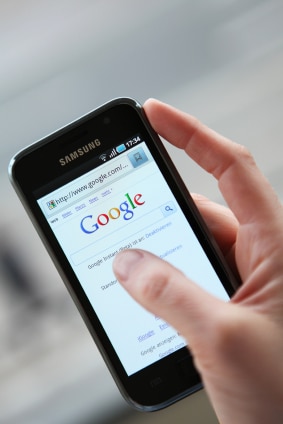 Two partners in a Cheshire law firm have been fined by the Solicitors Disciplinary Tribunal (SDT) for their part in a failed ‘rare earth metal’ investment scheme.

The SDT said Thompson & Cooke, based in Stalybridge, processed transactions worth almost £2m for a company, based in Hong Kong, on behalf of a local businessman who had referred work to the firm from other foreign-based companies.

The tribunal said Craig Maher, who was fined £16,000, had involved the firm in “dubious transactions”, having taken “inadequate steps” to satisfy himself as to their legitimacy and bona fides.

The SDT said Mr Maher’s actions were motivated by a “desire to bring new work into the firm”, but although a “large amount of money passed through the firm’s client account, the firm made a modest amount of money from the transactions”.

Though there was no evidence of a direct link between that his actions and loss to any investor, “it was clear that the investors drew comfort from the involvement of the firm”.

Equally, the SDT considered that Mr Maher had not sought to deliberately breach his obligations, but he ought to have known he was in breach. He had displayed “full insight” and had co-operated fully with the Solicitors Regulation Authority (SRA).

A second partner, Peter Holden, was fined £5,000, for failing to ensure that Thompson & Cooke complied with its obligations in his role as the firm’s COLP, COFA and money laundering reporting officer.

Two other partners, Nigel Ashworth and John Maltby, were reprimanded, with the SDT saying their culpability was low. All four partners were made jointly and severally liable to pay costs of £58,000.

The tribunal heard that ‘rare earth metals’ and ‘rare earth minerals’ used in cell phones and computers were not in fact rare, but “difficult to extract”, requiring a lot of acid and raising environmental concerns.

In 2012 a local businessman, “known to and trusted by” Maher, emailed him about working for a company referred to as CME and based in Hong Kong.

Mr Maher later recorded in an attendance note following a conference call with the businessman, referred to as IW, and a representative of CME, that the job involved receiving sale proceeds into client account and checking with a trustee that the product was available in a bonded warehouse.

Mr Maher did not meet any representatives of CME before agreeing to the retainer.

In November 2012, he received a phone call from a man warning that he had been the victim of a scam and Mr Maher “might be participating in a similar scam”.

The solicitor said he did not see the Financial Services Authority warning about rare earth metal scams that was issued at around the same time.

The chief executive of CME informed Mr Maher in April 2013 that “as a result of the banking issues in Cyprus”, all of its funds had been frozen. Mr Maher agreed to the payment of suppliers in the interim.

The SRA issued a warning about high-yield investment fraud in September 2013, a week before the law firm received is final payment relating to CME.

Mr Maher’s secretary wrote to CME saying it was not aware that payments were being made “direct to the brokers and not yourselves” and this could not continue.

“Thereafter, many investors complained to the SRA and the firm that they may have been the victim of fraud and they could not get hold of the brokers who had sold them the rare earth metals.” The SRA began an investigation into Thompson & Cooke in 2014.

Mr Maher admitted causing or allowing funds to be paid into and pass through the firm’s bank account where there were no underlying transactions and no legal services were provided to the client.

He admitted further breaches by failing to carry out adequate checks/due diligence on the transactions or the client.

Mr Holden, the firm’s COLP and COFA, admitted failing to take “any or adequate steps” to prevent the firm’s client account being misused, failing to ensure there were adequate checks on the transactions or client, failing to stop Mr Maher’s misconduct and failing to report to the SRA.

Mr Ashworth and Mr Maltby admitted failing to stop the transactions and in so doing breaching the accounts rules themselves.

The tribunal sharply criticised the SRA for withdrawing a number of disputed allegations at the last minute, meaning that instead of taking eight days, the hearing would only last one day.

The lateness of the negotiations, which concluded only a few days before last month’s hearing, was described as “entirely unsatisfactory”.