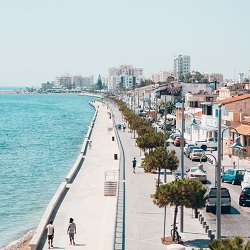 Two partners in a former City law firm have each been fined £7,500 for allowing a non-lawyer to have sole and unsupervised conduct of multi-jurisdictional group litigation involving 1,500 clients.

Approving an agreed outcome between the pair and the Solicitors Regulation Authority (SRA), the Solicitors Disciplinary Tribunal (SDT) heard that the investors had been hit by the collapse in the property market on the island, leaving them either exposed to claims by Cypriot banks when their properties were only half built, or with devalued properties.

The initial strategy pursued by Mr Ma, senior partner of Maxwell Alves, and Mr Cheung, the junior partner, was to “file claims in the UK on a protective basis” to stop them becoming time-barred and “then seek to negotiate individual settlements with the Cypriot banks”.

Person A was not a qualified lawyer; rather, he had a background in banking and connections in Greece and Cyprus. He was taken on by the law firm as a business development consultant to work on what it referred to as the ‘Cyprop’ litigation.

Over three years from November 2012, the SRA said Company A, which was “owned and operated” by Person A and his wife and was not an authorised entity, provided “the bulk of the work” in relation to the Cyprop litigation.

Within Maxwell Alves, four paralegals worked on Cyprop, paid by the law firm, but charged to Person A. Company A employed eight people to work on the litigation. Maxwell Alves recruited a solicitor, ‘Person B’, in 2013 to “deal solely” with Cyprop.

“The Cyprop litigation was highly complex multi-jurisdictional litigation. Person A was given access and allowed to use the firm’s resources, including the client account, to manage the Cyprop work.

“The firm did not have adequate resources to handle such litigation on its own and so was reliant on Person A (and Company A) to provide extra staff to manage the work.”

As litigation is a reserved legal activity, Person A and unqualified employees of Company A needed to be supervised by someone from within Maxwell Alves. “It is agreed… that in this case there was no effective supervision of Person A,” the SRA said.

The SRA said the relationship between the law firm and Person A broke down in late 2015, and with the firm unable to handle the litigation itself, they entered into a deed of settlement and termination, along with a ‘continuity agreement’.

The effect of these was to create a transition period during which the litigation would be either settled or transferred to a new firm or entity – the Firm had no control over when, or to whom, the work would be transferred.

The agreements meant that Maxwell Alves nominally remained responsible for the work, with Person A continuing formally to act as consultant, but he retained “all practical control over the Cyprop client matters”.

A deal to transfer the files fell through in March 2016, and for the next year Person A ran the Cyprop litigation himself, with the assistance of Company A.

Clients “nominally remained the clients of the firm, and the firm remained on the court record, but the firm had no effective control or supervision over the matters, the conduct of the litigation, the client files, or the fees that were being charged”.

Mr Cheung wrote to the SRA about Person A in November 2016 “to report that he had client files and was not operating with the supervision of a solicitor”.

The law firm’s indemnity insurer took legal action to restrain Person A from working for the Cyprop clients, and Mr Justice Hickinbottom granted an interim injunction in February 2017.

The litigation was then transferred to Firm C, a law firm set up by Person B whose registered address was that of Company A, which would act as a ‘facilitator firm’ and later instructed Firm D to continue the litigation. Maxwell Alves closed in March 2018.

In an earlier SDT decision in October 2019, Mr Ma and Mr Cheung were each fined £17,500 and ordered to pay £22,000 in costs after they were found to have failed to properly advise international investors in off-plan property developments.

Conditions were imposed on their practicing certificates preventing them from being sole practitioners or compliance officers.

The tribunal said that given the “significant overlap” in terms of time and conduct, it was appropriate to “have regard” to those previous fines.

The solicitors were each fined £7,500 for their latest offences and ordered to pay costs of just over £9,000. They were made subject to the same conditions imposed in 2019 for an “indefinite period”.