Partners fined for conflict of interest in coal mine deal 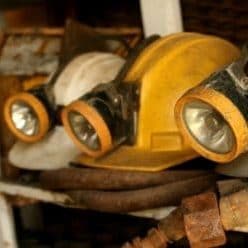 Two former partners in a Welsh law firm have each been fined for acting in the sale of four opencast coal mines where there was a conflict of interest.

Eric Christopher Evans and David Alan Whiteley, who owned the company which bought the mines, said they “misunderstood the regulatory position” and thought all they needed to do was suggest – rather than insist – that their client obtained independent advice.

They were two of six people – including another solicitor and a QC, Stephen Davies – who were cleared over an alleged conspiracy to defraud three local authorities in Wales and the Coal Authority.

The Serious Fraud Office (SFO) alleged that they conspired to set up companies in the British Virgin Islands and transfer to them from Celtic Energy the freehold title of the coal mines so as to avoid having to pay to restore the sites once coal extraction ended.

But Mr Justice Hickinbottom (as he then was) dismissed the case on the application of the defendants after ruling that the deal was lawful, and the High Court then refused the SFO’s unusual application for a ‘voluntary bill of indictment’, the only procedure available to the Crown to keep a case going as it has no right of appeal. The SFO was ordered to pay costs of £7m.

The Solicitors Disciplinary Tribunal (SDT) has now approved an agreed outcome between Mr Evans and Mr Whiteley and the Solicitors Regulation Authority (SRA). They have each been fined £10,000 and ordered to pay costs of £25,000. At the time they were partners at M&A Solicitors in Cardiff, now called Acuity Legal.

The agreement noted that, having considered the evidence and the solicitors’ admissions, the SRA had dropped allegations of dishonesty and a lack of integrity.

Mr Evans travelled to the British Virgin Islands with the directors of Celtic Energy in June 2010 to incorporate a new company, Oak Regeneration Ltd, in which the shares were owned by Mr Evans through an agent acting as a nominee shareholder. Later in the year, Oak’s beneficial ownership was split between Mr Evans and Mr Whiteley.

Mr Evans and Mr Whiteley agreed that by acting for Celtic in the sale of the sites to Oak, in which they had beneficial ownership and a financial interest, they had acted where there was a conflict of interest. They accepted that they were prohibited from acting for Celtic under the rules.

They also agreed that they had acted for Celtic where they knew that the other was a beneficial owner of Oak and had a financial interest in the company, and should not have acted for Celtic because of this.

The solicitors said they “misunderstood the regulatory position, assuming their duties would be sufficiently discharged by advising [the client] to consider taking independent legal advice (as they did), rather than insisting on the same”.

The two men admitted that it was “a serious failing on their part” not to check the 2007 code of conduct and/or take “appropriate advice” on the regulatory position.

In mitigation, they said their misconduct was the result of an “honest error” and they genuinely believed they were acting in the best interests of the client.

The solicitors went on: “The allegations relate to a transaction in 2010, which was initially the subject of a failed SFO prosecution.

“Thereafter the SRA’s investigation has resulted in the allegations hanging over the respondents for a number of further years before these proceedings were brought.

They nonetheless provided an undertaking not to see restoration to the roll for two years.