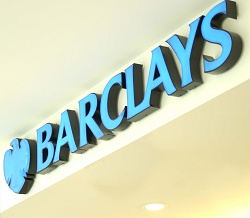 Barclays: made payments in breach of firm’s bank mandate

Two law firm partners have been fined by the Solicitors Disciplinary Tribunal (SDT) for failing to properly supervise a legal cashier who stole over £30,000 from their firm’s office account.

The SDT heard that Paul Leonard Burrows and Sarah-Jane Featherstone were partners at Winters Legal, a civil practice based at St Ives in Cambridgeshire, which trades as QualitySolicitors Winters.

Janet Anne Wright was employed as a legal cashier by Winters Legal between April 2011 and the end of October 2014, when she was dismissed.

The Solicitors Regulation Authority (SRA) issued a section 43 order in May last year, banning her from being employed or remunerated by a law firm without the regulator’s permission.

The partners also accepted that they had failed to remedy a shortage on client account “promptly upon its discovery” and to transfer a refund received from Barclays Bank from office to client account to reduce that shortage.

However, they did not admit failing to act with integrity by not transferring the money, and the SRA agreed to withdraw that allegation.

Accountants’ reports submitted by Winters Legal in March 2014 and May 2015 were qualified and showed shortages on client account.

The SDT that Ms Wright had made “several batch transfers” from client to office account over two years to October 2014, totalling more than £47,000.

Between January 2012 and October 2014, Ms Wright had also presented 75 office account cheques totalling over £25,000 “for cash” at the local branch of Barclays Bank.

Further, cash payments by clients, totalling almost £1,800, were “improperly retained” by Ms Wright, and “unauthorised payments” of over £3,300 had been made from office account to her husband.

The cash withdrawals from Barclays Bank were contrary to the firm’s bank mandate, which was not to allow anyone who was not a partner in the firm to redeem office account cheques for cash. The bank refunded the sum of £30,150 to the firm’s office account in March 2015.

“At the time the funds were received it did not occur to the first or second respondent that part of that money may have represented client funds,” the SDT said.

“The money received from Barclays Bank was applied to meet the liabilities of the practice in the genuine belief that any shortfall on client account, once identified, would be replaced through the insurance claim. As anticipated, the shortfall on the client account has been replaced in full.”

The partners agreed that the “seriousness of their admitted misconduct” meant that a reprimand was not a sufficient sanction, while the SRA accepted they need not be struck off.

The tribunal accepted their agreement that Mr Burrows pay a fine of £5,000 and Ms Featherstone one of £7,500. They were ordered to pay costs of £12,500 on a joint and several basis.