Partners at Yorkshire firm fined over conflicts of interest 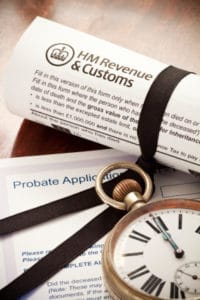 Two partners who acted both for former clients of a law firm shut down by the Solicitors Regulation Authority (SRA) and for one of that firm’s solicitors have been fined by a disciplinary tribunal.

However, they had to accept higher fines than had been agreed with the regulator to satisfy the tribunal’s view of the seriousness of their misconduct.

Andrew Philip Walker and Paul Dalowsky admitted acting in circumstances where there was a conflict, or significant risk of a conflict of interest.

Mr Walker is senior partner of Walker & Co, a four-partner general practice based in Rotherham, and Mr Dalowsky a partner and head of conveyancing and commercial property.

The Solicitors Disciplinary Tribunal (SDT) was told, in a statement of agreed facts, that in March 2015 the SRA decided to intervene into a law firm, referred to as G & Co LLP, and the practices of two solicitors, Mr CR and Mr JC.

“There was concern about overcharging in probate work, which eventually led to Mr CR being found dishonest and struck off.

The SDT heard that, following the intervention, Mr Walker contacted the SRA and the intervention agent over “potential overcharging” in a number of the transferred probate files.

“As a result of concerns in respect of conflicts of interest arising from the transferred files, the supervision department of the SRA commissioned an investigation into the firm.”

The investigator’s report, completed in May 2016, detailed a “number of situations” when Walker & Co had acted in circumstances where there was a conflict of interest, or significant risk of one.

“In particular the firm failed to inform the probate clients that it was also acting for Mr CR in respect of personal property transactions, as a result of which it had confidential information relating to Mr CR that may be relevant to probate clients, but which it could not disclose due to reasons of confidentiality.”

The two partners said in mitigation that they believed they were acting in their clients’ best interests, while accepting “with the benefit of hindsight” that their informed consent should have been sought.

Mr Walker and Mr Dalowsky said they considered themselves whether there was a conflict of interest in acting for both Mr CR and the probate clients, but, having taken advice from a “regulatory law specialist”, concluded that there was not.

The partners said they co-operated with the SRA “at all times” regarding the intervention, and that “it was Mr Walker who drew the SRA’s attention to the potential overcharging by G & Co in respect of the probate clients”.

Mr Walker said he “considered, but decided that it was not viable or proportionate” for the probate clients to pursue Mr CR or G & Co for the overcharging.”

“Mr Dalowsky and Mr Walker have no adverse regulatory history. There is no suggestion of a conflict between their interests and those of the probate clients.”

The partners argued that had the probate clients and Mr CR been informed in accordance with SRA rules, it was “very possible that Walker & Co would have been instructed to continue to act by all concerned”.

The SDT said the partners originally proposed fines of £3,500 for Mr Dalowsky and £4,500 for Mr Walker, but the tribunal was not satisfied that this was sufficient to reflect the seriousness of their misconduct.

The SDT found that the correct fines should be £5,000 for Mr Dalowsky and £7,000 for Mr Walker. The parties accepted this and the figures were revised in their statement of indicative outcome.

The partners also agreed to pay the SRA’s costs of £16,000 on a joint and several basis.