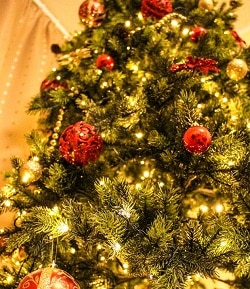 A solicitor has won a claim of sexual harassment against her former firm after one of its partners was found to have tried to kiss her on two separate occasions.

Instead, he found: “The overall evidence is that the firm did promote an ethos of female-friendly work patterns and conducted itself, and made arrangements for the female solicitors, in a way which wholly contradicts the claimant’s case.”

The ruling was made a year ago but only published this month. Ms Harrison, who was RBG’s head of employment, joined the firm in 2012 as the only woman out of nine partners at the time. She resigned in 2016.

The assault claims were made against partner Vinay Verma. Judge Pearl noted: “The claimant’s case is that Mr Verma had a reputation within the office for getting drunk and misbehaving at parties. This is likely to be correct and there is no substantial dispute about it.”

He recounted the evidence of managing partner Alex Deal that “he saw Mr Verma get drunk and overstep the mark and make flirty and inappropriate remarks, as he termed them. They included ‘you are pretty’, ‘I love you’, ‘give me a kiss’.

“His evidence is that he did not perceive these to be sexual advances and he was not aware that Mr Verma had kissed anybody or had seen him do so. Nobody ever complained to him about this.

“There is some consistency here with the claimant’s evidence, because she does not say that Mr Verma kissed anyone in front of her at a party.”

The first occasion was when they left the office at the same time and Mr Verma offered to show Ms Harrison the route to a new counsellor she was seeing.

She told the tribunal that, as they were walking, Mr Verma said “something about him needing to be rewarded for showing me the way. I was surprised by his comment but did not think much of it. At first I laughed it off by suggesting his reward was walking with me.

“He then suggested I should kiss him on the lips as a way of thanking him. Although I played what he said down and made light of his comment, I felt very uncomfortable inside.

“Mr Verma then stopped me in my tracks and lent over and attempted to kiss me. I pushed him away saying: ‘don’t be stupid’. I did not know what to do and froze.”

Though there was some confusion about when she told her counsellor about the incident, the tribunal concluded that it was “more likely than not that the claimant has accurately recorded what happened”.

It added: “In coming to this conclusion we also bear in mind that Mr Verma has not given any evidence about the matter at all.

“[Counsel for the firm] submits that this can be explained by his right not to answer questions in cross-examination on the basis that they might incriminate him.

“There is, however, no assertion by Mr Verma to this effect and he has written no witness statement and has not come in order to give evidence, save for those questions that he elects not to answer because of his constitutional right against self-incrimination.

“There is no counter-evidence at all from the other party to the alleged incident. It is a factor we feel entitled to take into account. Our conclusion is that the claimant has established that the first incident took place on the balance of probabilities.”

The second occasion was at the firm’s 2015 Christmas party. The judge said: “[Ms Harrison] heard from others that [Mr Verma] was drunk and making a fool of himself. She saw him near the dancefloor, went over to him and suggested he may wish to sit down. She describes him being obviously drunk and he tried to dance with her.

“She suggested they get some water and fresh air. They mistakenly went up to the first floor in the hotel where the function was being held, passing several hotel rooms. Mr Verma tried opening them and said ‘come on T we can have a quickie: no one will know’.”

Ms Harrison said: “He kept pulling me towards him and pulled on several door handles whilst trying to kiss me. He tried several times. Each time I said ‘no’, I reminded him that he was married and pulled away from him. I was panicking and inside I was really scared.”

Again, there was no account from Mr Verma, but the firm said Ms Harrison did not complain about the incident until she made her claim; she said she was too embarrassed to report it.

The tribunal concluded that, on the balance of probabilities, the incident occurred. “We do not consider that the claimant has invented the evidence or fabricated the account for the sole purpose of obtaining compensation in the proceedings.”

However, Judge Pearl said that, as both incidents occurred well away from any witnesses at the firm and were not the subject of a contemporaneous complaint, they had no bearing on his findings about the culture and ethos of the firm, “which was outwardly supportive of women and which promoted a friendly and inclusive atmosphere at work”.

Such evidence as there was to the contrary did not displace this, such as a partner who forwarded hundreds of jokes emailed by a client to the partners and others within the firm.

Though this was inappropriate, there was no evidence that the jokes were sexist or racist.

Another example was an email from a partner about an Asian job candidate that the judge said “could have been regarded as racist”, but it was an isolated incident that had “no wider relevance or significance for the claimant’s case”.

Other allegations Ms Harrison made about various comments were not proved to the tribunal’s satisfaction.

In fact, the judge said the evidence showed “broad agreement that the claimant was effective as a lawyer, good with clients, popular with colleagues and valued as a partner”.

Her central allegation concerned the aftermath of a complaint made about advice she gave on a particular matter. The firm agreed with the complainant and paid £3,000 in compensation.

Ms Harrison said that, as a result, she was told that she had to accept the employment of a more junior solicitor who would supervise her work – even while she remained head of department – or her conduct would be reported to the Solicitors Regulation Authority. This led her to resign.

The firm strenuously denied it had issued such a demand and the tribunal found her account “unsustainable” on the evidence.

In a statement, RBG reiterated the tribunal’s findings and how it considered the evidence of all the firm’s witnesses – “consisting of a large number of men and women” – unassailable.

On Mr Verma, the firm said: “The employment tribunal allowed the claimant to pursue two historic alleged incidents of harassment which were levelled against Mr Verma, even though it was accepted that those allegations had not been disclosed by her to the firm and were alleged by the claimant to have occurred around two years before she presented her claim.

“Mr Verma was not a party to the proceedings, nor was he a witness. He completely denies the allegations. The proceedings are ongoing and, for that reason, it is not appropriate to comment further.”

Ms Harrison declined to comment with matters yet to be concluded.