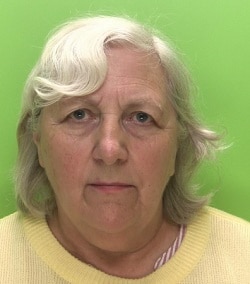 A partner who altered a client file in an effort to conceal a mistake that made an estate liable for inheritance tax has agreed to leave the profession to halt her prosecution before the Solicitors Disciplinary Tribunal.

Heather Redman, who qualified in 1991, was formerly a partner at Oxford firm Darbys, which is now part of Knights Professional Services, and has reached a regulatory settlement agreement with the Solicitors Regulation Authority.

Ms Redman was advising trustees to a will and completed a deed of appointment out of the discretionary trust set up in the will. The clients’ intention was for no inheritance tax to be payable.

Ms Redman then altered the client file to hide the existence of the first deed, with the letter that sent it out to the client changed to say that a new deed would be sent out for signature after the three months had passed. However, the metadata showed what really happened.

Some weeks later Ms Redman admitted her error to the firm, which informed the SRA. It decided to refer the solicitor to the tribunal, but that will now be rescinded.

In the agreement, Ms Redman admitted that she failed to behave in a way that maintains the trust the public places in her and the provision of legal services in breach of principle 6 of the SRA Principles.

In mitigation, Ms Redman she “did not understand at the time the import and finality of the earlier deed of appointment. She made an innocent mistake thinking she could rectify the first deed by the execution of a second deed without any consequences”.

She said she changed the file out of embarrassment because she did not her colleagues to see her error, but said the clients were not deceived.

Ms Redman explained that she notified Darbys of the mistake once she became aware that she had been potentially negligent.

“In September 2014, whilst Ms Redman was off sick following a knee operation, she received a call from the widow of Dr D, saying that she had consulted with other solicitors, who had told her that the deed of appointment was defective.

“When Ms Redman returned to the office on 13 October 2014, and looked at the matter in more detail, she realised that her previous understanding of the position was incorrect and that she had been potentially negligent…

“At the time Ms Redman felt stressed and was dealing with difficult personal and family circumstances. Ms Redman does not wish to practise again.”

The agreement included undertakings that Ms Redman would apply to remove herself from the roll within 28 days, not seek restoration to the roll in the future without first seeking the SRA’s approval and while not on the roll not work for any law firm without disclosing the agreement and seeking SRA approval. She also agreed to pay £2,485 in costs.

The SRA described this as a “proportionate” outcome.

Meanwhile, a former solicitor and former deputy tribunal judge, along with her husband, were this week each sentenced to six months in prison for forging a will and other crimes of dishonesty.

Margaret Avis Hampshire, 69, and Alan Royce Hampshire, 67, of Rolleston, Nottinghamshire pleaded guilty to forging the will of Martin Blanche, who died in February 2007. His estate comprised mainly of two properties in the village of Rolleston.

The forged will transferred the estate to Mrs Hampshire’s cousin, a Josephine Burroughs, for whom Mrs Hampshire held a power of attorney. The ex-solicitor made a false statement on oath that the will was a true and original document.

Mrs Hampshire admitted in court that she dishonestly exceeded her position as attorney by transferring the properties to her daughter, which the couple then converted to a single home.

Mrs Hampshire also admitted that she created a forged document which she kept at home as a means to avoid inheritance tax had a need ever arisen.

Mr Hampshire admitted to stealing £23,176 from Mrs Burroughs during 2012 which was used to pay for the conversion.

In other disciplinary news, the SRA has obtained a freezing injunction from the High Court as a result of concerns that money due to Bradford firm Chambers Solicitors – which the regulator closed earlier this month – “is being diverted to other law firms who may not be entitled to the money”, it said in a statement.

Any law firm, insurer or other party dealing with Chambers, and are now asked to deal with a new law firm and to send money to that firm in relation to costs for work done by Chambers Solicitors, should check the position further with the SRA’s intervention agent, John Owen of Bradford firm Gordons.

The moves follow the conviction last month of Mohammed Ayub, formerly principal partner at Chambers Solicitors, together with Neil Frew, its former head of immigration, and Mohammed Riaz, Mr Ayub’s brother, for conspiracy to defraud the Legal Aid Agency of several hundreds of thousands of pounds.

Inflated invoices for interpretation services were submitted to the agency by the defendants over a number of years, who claimed the interpreters were booked through an agency, when in fact they were booked directly from the law firm. The address of the alleged agency was in the same building as Chambers Solicitors, whilst its ‘owner’ was Mr Riaz.

Finally, non-solicitor Umar Patel has been rebuked, fined £2,000 and made subject to a section 43 order – preventing his involvement in a solicitor’s firm without SRA permission – after he was found to have created false medical certificates to explain lengthy absences from his work as an education adviser at Simpson Millar (trading as Maxwell Gillott) in Lancaster.

The SRA said Mr Patel also lied to his employers about holding a first-class law degree, in order to obtain the job. He also instigated a call to the firm pretending to be his doctor.

A Simpson Millar spokeswoman said: “Mr Patel’s employment ended in October 2015 as a direct result of our concerns around his conduct, which we immediately reported to the SRA. We are pleased that appropriate action has been taken.”