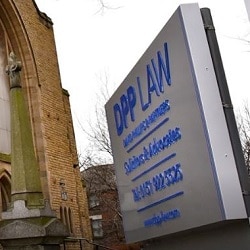 DPP Law: Case to be reheard

The Employment Appeal Tribunal has overturned a ruling that a law firm was entitled to fire a partner who was accused of ‘topping up’ legal aid fees with cash from a client’s father.

But His Honour Judge Auerbach said [1] the original employment tribunal’s decision was not fundamentally flawed; rather, it took a “wrong turn” at the end and should be reheard.

He said the tribunal failed to make “more specific and detailed findings” about the reasons behind the decision to sack Paul Greenberg, and then to draw on these when coming to its final conclusion about whether it was fair or not.

As we reported last year [2], Mr Greenberg and Charlotte Surley, an advocate from the Public Defender Service, were handed envelopes containing thank-you cards and £300 and £480 respectively in cash by the father of a teenager charged with GBH, but released on bail in time to go home for Christmas.

This was rejected by the original tribunal, which accepted that he was dismissed because of his conduct in relation to the second payment. This was not challenged on appeal.

But HHJ Auerbach decided that the tribunal’s conclusion that DPP fairly found Mr Greenberg had knowingly accepted a top-up payment in breach of the legal aid contract “was not sufficiently rooted in findings about what [DPP], drawing on the evidence before it, had decided and why, but amounted to a conclusion about what the tribunal itself made of that evidence, and therefore considered that the [firm] could, properly, have made of it”.

The tribunal also held, in the alternative, that it was reasonable to conclude that accepting the payment was “reckless to the extent of gross negligence” and at the very least “a serious error of judgment”, making dismissal a reasonable response.

This too could not stand, HHJ Auerbach held, because the tribunal did not find that DPP had actually reached its decision on this basis.

As a result, he decided that he had to remit the case for rehearing before a different judge.

He added: “I do not agree with [counsel for Mr Greenberg] that this was a fundamentally flawed decision. While the judge did take a wrong turn in the last section, as I have stated, the decision was, overall, well-structured and, up that that point, well-reasoned. Most of the points of challenge on appeal have failed.”