Partner fails to strike out bank’s claim under guarantee 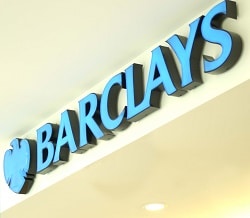 Barclays: Reasonable recipient would have known what they were liable to pay under guarantee

A former partner of a London firm that went into liquidation has lost his bid to strike out Barclays Bank’s claim to enforce a guarantee he provided to cover a loan and overdraft.

Philip Cohen is one of five former directors of Jeffrey Green Russell – which was acquired by Gordon Dadds in 2015 – against whom Barclays is looking to enforce its rights under guarantees in 2012 for both an overdraft and a term loan.

He is now senior litigation partner at Gordon Dadds.

According to a ruling of Daniel Toledano QC, sitting as a deputy High Court judge, the term loan was repaid and the overdraft facility refinanced a year later through Barclays entering into a facility agreement worth £600,000.

No new security was required, but the facility agreement expressly referred to the existing security.

The question of whether the facility agreement was substituted for the overdraft will be an issue for trial.

A second demand was posted under cover of a letter before action sent by Dentons, acting for Barclays, which contained an error in Mr Cohen’s address; the solicitor said he therefore did not receive it at the time – which Barclays disputed.

Mr Cohen sought to strike out of claim or obtain summary judgment.

Having rejected Barclays’ argument that it did not actually need to issue a demand in order to claim under the guarantee, the court had to decide whether the first demand was invalid because it was for an excessive amount and whether Barclays could rely on the second demand even though it was sent to the wrong address.

Mr Toledano QC said he had “no doubt” that the first demand was not invalid. “The reasonable recipient could not have been left in any doubt at all that the right reserved was being exercised, bearing in mind that no particular form of demand was stipulated in the guarantee…

As to the second demand, Mr Toledano QC said the incorrect address “raises a triable issue of fact that can only be determined at trial when the relevant witnesses can be cross-examined following disclosure in the usual way… (unless Barclays choose not to pursue it in light of my conclusion on the first demand)”.