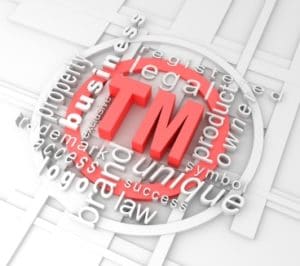 A solicitor’s passing-off claim against her old firm for continuing to use her name as part of its branding has been thrown out by the court because the law firm owned the goodwill generated by her work.

However, His Honour Judge Hacon, sitting in the Intellectual Property Enterprise Court, said Juthika Bhayani did have a case to revoke the trade mark ‘Bhayani Bracewell’, which was registered by south Yorkshire firm Taylor Bracewell after it hired her to set up an employment practice in Sheffield.

She joined Taylor Bracewell as a salaried partner in 2011. Part of the agreement was that the firm would offer services under the name ‘Bhayani Bracewell’.

HHJ Hacon recounted: “This side of the business was centred on services supplied by Ms Bhayani, presumably assisted by others, from an office in Sheffield, Ms Bhayani’s home turf.”

In May 2014 the firm registered that brand as a trade mark, but Ms Bhayani left in October 2014 after a breakdown of trust between her and the other partners. “She admits that she was sacked following a finding of gross misconduct,” the ruling noted.

“For a time Taylor Bracewell continued to offer services relating to employment law under the ‘Bhayani Bracewell’ name without Ms Bhayani. Ms Bhayani objected and there followed correspondence between the parties,” the ruling said.

“On 8 January 2016 Ms Bhayani and BLL started the present proceedings… The claimants allege that by use of the ‘Bhayani Bracewell’ name, Taylor Bracewell has falsely represented that Ms Bhayani is still involved with their business and has thus passed off its services, particularly its employment law services, as being those of Ms Bhayani.” She also sought revocation of the trade mark.

The firm said it stopped trading as ‘Bhayani Bracewell’ following the settlement of the employment claim in April 2015. It has also counterclaimed, alleging breaches by Ms Bhayani of the partnership agreement.

HHJ Hacon acceded to the firm’s request to strike out the passing off claim as Ms Bhayani did not own goodwill to back it up.

“Subject to very unusual facts, the general rule will follow: the goodwill vested in Watson Esam and Taylor Bracewell, not Ms Bhayani. No such unusual facts have been pleaded or suggested in argument.

“This does not come as a surprise. Leaving aside sole practitioners, the public are well aware that a solicitor, whether employed or an equity partner, is not a free agent. His or her performance will be both assisted and constrained by the terms of employment or partnership and by the advice and pressure exerted by colleagues.

“In my view Ms Bhayani has no realistic prospect of establishing that in law she owns goodwill on which to base a case of passing off against Taylor Bracewell.”

However, the judge added: “None of the foregoing should be taken to suggest that if a solicitor were to move from firm A to firm B, and firm A were to represent that the solicitor was still employed by them or remained a partner, there could never be any recourse to the law.

“It could be, in an appropriate case, that goodwill associated with the name of the solicitor, now vested in firm B, would provide a cause of action. On certain facts, there may alternatively be an action for injurious falsehood.”

HHJ Hacon found that, in any case, Taylor Bracewell’s partnership agreement was clear that the goodwill Ms Bhayani generated during her time there belonged to the firm.

In relation to the trade mark, the judge said it may engage section 46(1)(d) of the Trade Marks Act 1994, which allows revocation where use of the mark is liable to mislead the public.

He concluded: “In my view the claimants’ claim for revocation of the trade mark has a realistic as opposed to fanciful prospect of success at trial.”