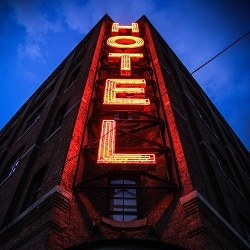 A partner who admitted acting recklessly in failing to warn investor clients about the risks involved in off-plan property development schemes has been fined £17,500 by the Solicitors Disciplinary Tribunal (SDT).

Edward Fowler also admitted failing to carry out due diligence into an insurance company, based in the West Indies, which offered buyers a ‘deposit protection guarantee’.

After the developers became insolvent, the insurance company went into liquidation.

The SDT heard that Mr Fowler was a partner at Scott Fowler, a law firm based in Northampton, which acted in 32 investment schemes involving, among other things, leasing rooms in hotels and student flats and where property was bought off-plan.

Nineteen of them completed successfully, but the allegations brought by the Solicitors Regulation Authority (SRA) were based on five developments, by Key Homes Developments Limited, that failed to complete.

Approving an agreed outcome between Mr Fowler and the SRA, the SDT heard that Mr Fowler, born in 1971, was admitted in 1998 and a partner at Scott Fowler in 2011 and 2012, when exchanges of contract between the buyers and Key Homes, or related companies, took place.

Given the risks involved, buyers were offered a ‘deposit protection guarantee’, which was “in effect, an insurance policy”, issued by the Nevis-registered Northern and Western Insurance Company (NWIC).

An SRA warning notice in 2017 said that schemes of this kind were “inherently risky”, but not “inherently dubious”; they required a “heightened degree of enquiry” by buyers’ solicitors. It acknowledged that the specific schemes Mr Fowler advised on were did not have features that made them dubious.

Mr Fowler obtained three counsel’s opinions from September 2012 to August 2013 about whether they were collective investment schemes – which required authorisation of the then Financial Services Authority – but the SRA said he did this after the “overwhelming majority” of the contract exchanges.

Mr Fowler “mentioned some of the risks of investing in the scheme, but in a generic fashion”, and overall his advice “fell substantially short of conveying the level of risk”, the agreed outcome said.

The SRA said he should have advised that the insurance provided by NWIC was “of limited, if any benefit” and it may have been appropriate to “strongly advise certain buyers against investing”.

The firm’s documents “failed to explain to clients that it had carried out no real due diligence of the insurance provider” and on the contrary gave the impression that Scott Fowler “elected to hold out NWIC as part of a global insurance organisation with over 10 years’ experience in this area”.

Mr Fowler admitted acting on behalf of buyers in relation to property investment schemes which were at risk of being unauthorised collective investment schemes, and failing to advise clients of the risks inherent in the schemes and in relying on NWIC to insure capital investments.

He admitted advising investors, or allowing them to be advised, that they could rely on NWIC, despite failing to carry out due diligence.

As a result of all this, Mr Fowler failed to take reasonable steps to protect client money and acted recklessly.

The SRA withdrew allegations that he had acted with a lack of integrity or where there was a conflict of interest.

Finding his misconduct to be “very serious”, the SDT said a fine of £17,500 was an “appropriate and proportionate sanction”, and ordered him to pay costs of £49,000. Mr Fowler agreed also not to act as a sole practitioner or compliance officer for a period of three years.