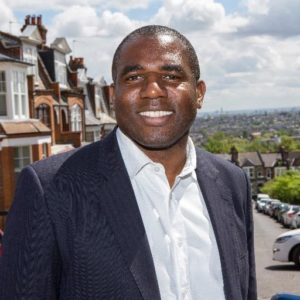 Black, Asian and minority ethnic (BAME) defendants do not trust legal aid solicitors and often enter not guilty pleas against advice as a result, according to a major report published today.

The Lammy Review [1] – conducted by the Labour MP for Tottenham David Lammy, a barrister and former justice minister – said BAME defendants often saw duty solicitors as ‘part of the system’ and so pleaded not guilty, thus forgoing the sentencing incentives of an early guilty plea and contributing to a disproportionate number of BAME prisoners.

The report said that despite constituting just 14% of the population, BAME men and women made up 25% of prisoners and 40% of young people in custody.

Further, in the 10 years since March 2006, the BAME proportion of young people both offending for the first time and reoffending rose from 11% to 19%.

Among other recommendations, Mr Lammy said lawyers’ representatives and stakeholders in the criminal justice system should “experiment with different approaches to explaining legal rights and options to defendants”, for example “giving people a choice between different duty solicitors, and earlier access to advice from barristers”.

Black and Asian men were more than one and a half times more likely to enter a not guilty plea because of “a lack of trust” in the criminal justice system, said the report.

This was because they were “less likely to… trust the advice of legal aid solicitors, who can be seen as part of the ‘system’.”

But pleading guilty could mean sentences cut by a third or avoiding prison altogether.

It continued: “The problem is not a lack of legal advice. [BAME] defendants are all more likely to request legal advice in police station than their white counterparts.

“Instead, it is that many BAME defendants neither trust the advice that they are given, nor believe they will receive a fair hearing from magistrates.”

Katharine Sacks-Jones, director of Agenda – the alliance for women and girls at risk – told Legal Futures: “Women tell us they often feel confused by the legal process, don’t fully understand what is happening before or during their court case and sometimes don’t feel that their solicitor has the time for them or has their best interests at heart.

“It’s little surprise therefore that lack of trust in solicitors is a real issue for BAME women. It’s important that solicitors take the time to explain the process in plain, straightforward language and make sure their clients understand the options available and what is happening to them.”

Joanna Bennett, a civil liberties solicitor at London firm Hodge Jones & Allen, said it was hardly surprising there was a “trust deficit” when BAME communities were “over represented in every negative aspect of policing from stop and search, use of taser/force… to deaths in custody following police contact…

“Until those issues that generate mistrust are addressed and there is some accountability, it’s difficult to see how real progress can be made.”

Raj Chada, a criminal defence partner at the same firm, said the review was “welcome” but observed some of its conclusions risked “polite words and waffle”.

He continued that the “trust deficit” was “a paramount issue” and demanded to see recommendations “that will actively give us a more diverse judiciary and legal profession”.

Other recommendations in the report included better recording of data on ethnicity, “deferred prosecutions” that allowed interventions before pleas were entered, greater sentencing transparency, and a national target to achieve a representative judiciary.