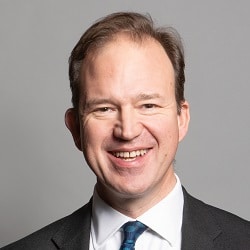 Norman: Putting the government’s side during debate

MPs will next week debate a petition signed by over 130,000 people calling for a six-month extension to the stamp duty land tax holiday, which is due to end on 31 March.

It comes as research says that 39% of buyers plan to pull out of their transaction if they miss the deadline.

The government has been resisting growing pressure to extend the holiday despite warnings from conveyancers, estate agents and others for two months now that the weight of transactions was slowing down the process, such as obtaining local authority searches.

As the signatories have topped 100,000, it became eligible for debate in Parliament and its petitions committee has announced that it will do so on Monday. Jesse Norman, financial secretary to the Treasury, will respond for the government.

In its response to the petition, HM Treasury said the holiday was announced last June “to stimulate immediate momentum in the property market and to support the jobs of people whose employment relied on custom from the property industry”.

Since the relief was introduced, transactions have increased and seasonally adjusted data showed that transactions in October 2020 were 8% higher than a year earlier.

“As the relief was to provide an immediate stimulus to the property market, the government does not plan to extend this relief. SDLT is an important source of government revenue, raising several billion pounds each year to help pay for the essential services the government provides.”

SDLT relief for first-time buyers will remain, it added, while a new Help to Buy scheme will be introduced from 1 April 2021 for two years.

A survey of 3,717 people by homebuying platform Yes Homebuyers found that the delays are hitting buyers hard: a third have had to make alternative living arrangements, while a quarter have seen their sale fall through.

Just over a third (35%) have had to increase their offer to keep the seller from pulling out.

Despite remaining largely hopeful about completing in time, 45% of those asked said they would pay the full stamp duty if it meant they could complete now.

Matthew Cooper, founder and managing director of Yes Homebuyers, said: “As with most poorly thought-out government rescue plans, the stamp duty holiday has done an outstanding job of fuelling demand, while completely neglecting how the market will actually deal with such an uplift.

“Although the idea of a stamp duty saving would have been a tantalising one, many buyers are now finding themselves stuck in market limbo, facing more stress, long delays, temporary living arrangements, or having to place a higher offer. All for a few thousand saved in tax.”

The parliamentary debate takes place from 4.30pm on Monday 1 February. It can be watched here.