Paraskeva returns to the law as CLC chair 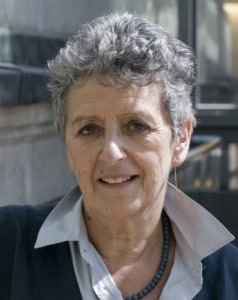 Former Law Society chief executive Dame Janet Paraskeva has been named as the new chair of the Council for Licensed Conveyancers (CLC).

Dame Janet, a non-lawyer, has been appointed for an initial four-year term, renewable once, and will be reunited with CLC chief executive Sheila Kumar and external relations director Stephen Ward, who both worked for her at Chancery Lane.

Since leaving the Law Society in 2006, Dame Janet has been First Civil Service Commissioner, an independent member of the Consumer Council for Water, a non-executive director of the Serious and Organised Crime Agency, chair of the Child Maintenance and Enforcement Commission and is currently chair of the appointments commission for the States of Jersey.

She was made a Privy Councillor to assist in her role as a member of the Detainee Inquiry established by the Prime Minister in 2010.

Jan Smith, the interim chair and chair of the nominations committee which made the appointment, said: “We were delighted with this recruitment process, which delivered a very wide and strong field of candidates. We are especially pleased to have secured Dame Janet to chair the CLC through the next phase of its evolution.

“Her experience of the legal sector, consumer affairs and Whitehall will be of immense value to the CLC as will her experience of management and of non-executive roles in very high-profile organisations.”

Dame Janet added: “I am looking forward to working with the council and staff of the CLC. The team, along with my predecessor Anna Bradley, have set a clear strategy for the organisation. There is much now to be done to ensure that this specialist regulator of legal services can increase its support for innovation and growth in the legal sector for the benefit of consumers as well as providing an alternative model of regulation to inform change across the legal sector.”