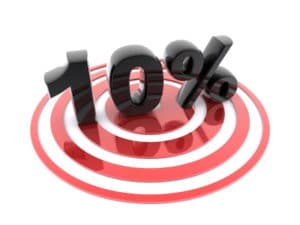 A paralegal employed by a personal injury firm under an oral contract was entitled to a bonus payment worth almost £14,000, an employment tribunal has ruled.

Judge Wyeth said Ersan & Co Solicitors, based in North London, could not unilaterally vary a contract with Cemal Yucetas that entitled him to up to 10% of profit costs above a target set at five times his gross salary.

The judge described as “wholly improbable” the law firm’s argument that Mr Yucetas agreed that the bonus would not be payable if he was under notice to terminate his contract.

Judge Wyeth said that, at some point in 2015, all of the firm’s paralegals attended a meeting with managing director Serpil Ersan to discuss the bonus arrangements, where the law firm reached an oral agreement on a higher 10% bonus for the year to 30 April 2016.

“The respondent produced no documentary evidence of what was discussed and agreed at that meeting or even evidence to demonstrate when the meeting was held.

“Given her role as solicitor and employer, it is rather extraordinary that neither Ms Ersan nor anyone else on the respondent’s behalf was able to produce some note or record of precisely what was discussed and agreed in support of the respondent’s current assertion.”

Mr Yucetas resigned on 29 April 2016. He complained that Ersan & Co had failed to pay him his bonus for his final year and his last week’s salary.

The law firm agreed that no written contract was provided to the claimant before May 2015, but argued that a “template draft contract” was emailed to all staff at that time.

Judge Wyeth said he preferred Mr Yucetas’s evidence that a second oral agreement was made in May 2015, increasing the bonus payment to 10%.

He said Mr Yucetas accepted that, “on or around 22 May 2015”, he received a revised version of a draft contract, but he refused to sign it because it did not properly reflect the agreed terms between the parties.

“Notably, no one from the respondent’s management, including Ms Ersan, pursued him thereafter about not signing the draft.”

The judge said that in any case, the draft contract contained “glaring errors and inconsistencies”, and it was “wholly unconvincing” that Ms Ersan could be satisfied that it truly reflected the terms agreed between her and the claimant.

“I simply do not accept her evidence that this document reflected the terms agreed. As such, the claimant was fully entitled not to sign it.”

Judge Wyeth concluded that this “attempted unilateral variation” of the contract had “no immediate practical effect” and the claimant was entitled to his bonus and final week’s pay.

“The firm was represented by a specialist law firm and followed their advice to contest the matter at a hearing. We were disappointed by the tribunal decision and we have made formal complaint about the advice given to us.”