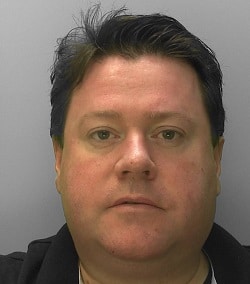 A paralegal who pretended to be a barrister with several people, including a terminal cancer sufferer he tricked out of her life savings, has been sent to jail for eight years.

Cirencester man Michael Troy Cremin, 41, was found guilty of six counts of fraud and one count of pretending to be a barrister.

The police described him as “a fantasist and vindictive when challenged”. He also falsely claimed to have a law degree from the University of London.

The head of Cotswold Chambers in Cheltenham, whose website had featured Mr Cremin as a ‘lawyer/advocate’, gave evidence for the prosecution at the trial at Bristol Crown Court.

Cremin conned Sandra Burch out of £92,000 after misleading her into believing the money would be used to purchase land on her behalf. She has been diagnosed with breast cancer and given 18 months to live.

Cremin was also found to have impersonated a barrister in correspondence with several people, in one case writing to a couple in Ross-on-Wye in the name of a real barrister and falsely claiming they had breached planning regulations by erecting posts on a public bridleway.

He also provided false employment references to a letting agency in Cirencester when he was a tenant at a house in the town. He then disputed the owners’ right to inspect the property and forced the owners to take action at the county court and then the Court of Appeal before he was finally evicted.

It caused the elderly couple who had invested in the house as part of their retirement plan months of distress, health problems, lost rent and £20,000 in legal fees.

Gloucestershire Police said that while Cremin worked on several cases as a legal representative, he had no legal qualifications and a history of using his knowledge of the legal system to threaten others or to distract people from his wrongdoing.

After gaining Ms Burch’s confidence, he kept her money for himself and used some of it to buy a £29,000 Volkswagen Scirocco.

Cremin was also found guilty of making fraudulent representations to acquire finance for a range of high-end vehicles and in total, it is believed that he criminally acquired at least 14 cars, with a total value of over £330,000.

Detective Sergeant Dave Fryatt described Cremin as a paralegal – “he wasn’t a barrister or solicitor but had taught himself a lot about the law and was involved in the legal system”.

He continued: “The problem is he overegged his position and introduced letters after his name suggesting he was a doctor of law. He then never sought to correct anyone who believed he was a genuine solicitor or barrister.

“In Sandra’s case, she was trying to buy land from a family friend who had been declared bankrupt. Cremin was recommended and it made sense to her to use him, especially after she checked him out online, where he advertised himself as a lawyer and advocate. Anyone could have made the same mistake as Sandra.

“She was incredibly brave in coming forward as Cremin even threatened to take legal action against her for defamation when she challenged him.

“We did manage to freeze some of Cremin’s accounts during the investigation and are trying to ensure some money is returned to Sandra but it will only be a fraction of what she lost.”

Carla Morris, chief executive of Cotswold Chambers, emphasised that it never presented Cremin as a barrister by the practice, and that his conviction for pretending to be a barrister was not related to the chambers at all. Further, Ms Burch was never a client.

She said: “Some 15 months after Sandra Burch transferred money to Cremin (into an account in the name of Castletroy LLP), she approached us to help her track him down.

“We had had no dealings with him for many months prior to this. Mark Smith, the head of chambers, advised her to go to the police, as she could not locate him or her funds.

“He then gave a witness statement to the police, and gave evidence for the prosecution at the trial that led to his convictions.”