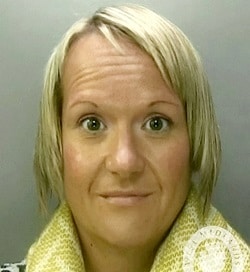 A paralegal who stole £70,000 from people’s estates to splash out on designer clothes and handbags has been jailed for more than three years.

Lucy Gunton, 39, posed as beneficiaries of two wills and even wrote fake letters from relatives, saying she was “worth her weight in gold”.

She admitted three charges of fraud and was jailed for three years and two months at Warwick Crown Court earlier this month.

Judge Sarah Buckingham said: “You knew how much money they had, and you decided to take some of that money for yourself.

“In both letters you had the audacity to include praise of yourself. Perhaps it was part of the smoke-screen.”

The judge said Ms Gunton told “a blatant lie” when questioned about the request for cash from one of the beneficiaries.

She told her: “If you had an ounce of shame about what you were doing, that was the time to desist, but you did it again.”

The court heard Ms Gunton, of Coventry, was employed by Bate Edmonds Snape (BES) in 2003, working her way up to become a paralegal executive in charge of wills at the Coventry-based firm.

She was caught out because she made an identical typing error in letters to her employers from both supposed beneficiaries.

Prosecutor Tim Sapwell said suspicions were raised in 2017 when the Solicitors Regulation Authority (SRA) received a complaint about her.

Mr Sapwell said: “Ms Holden had left the majority of her estate to members of her family, in particular to her nephew Stephen Lillycrop, who lived in America.

“There was a delay while a tax rebate was sorted out, and when Mr Lillycrop contacted her about the will, Gunton obtained his personal details.

“Then on February 28, 2017, BES received a hand-delivered letter purporting to be from Mr Lillycrop.

“The letter said he was staying at an address in Devon and asking for a cash payment of £26,500 from his aunt’s estate by the following afternoon.

“It quoted advice which had supposedly come from the Law Society’s ethics helpline, and thanked the firm ‘for the help Lucy has provided’.”

The court heard the firm’s managing partner, Nick Taylor, had reservations, so asked Ms Gunton to carry out some checks.

She claimed the Law Society had told her the firm could be subject to a complaint if they did not pay up, so Mr Taylor withdrew the money.

Ms Gunton then brazenly asked for the money, claiming Mr Lillycrop was due to collect it.

Three months later, she claimed Mr Lillycrop had asked for a further £26,500 advance on his inheritance, which was again withdrawn and handed to her.

But when checking the files, Mr Taylor noticed a mistake in the spelling of Lillycrop and the solicitor’s postcode had a lower-case ‘v’.

Another letter supposedly from Ann Gorman asking for a £16,750 cash advance from her late husband’s estate to pay for building work was almost identically formatted, and had the same error in the postcode.

The letter ended with Mrs Gorman, saying “You’re worth your weight in gold, Lucy”.

Checks to Mrs Gorman’s family revealed she was not computer literate and was not having building work done.

West Midlands Police searched Ms Gunton’s home and officers found high-value clothes and handbags. She initially claimed the money and clothes were gifts but she later confessed her crimes.

Mr Sapwell said as a result of her fraud, BES partners have been forced to take out personal loans to reimburse the relatives who lost out.

Sophie Murray, defending, said: “She has struggled to come to terms with what she’s done and to admit it…

“She got into a relationship with her husband, and wanted to have a life she had never had, and she was living in a type of fantasy land by using other people’s money.”

In January 2018, under the name Lucy Dainty, she was banned by the SRA from working in the profession without its permission. She was also fined £2,000 and ordered to pay costs of £1,350.