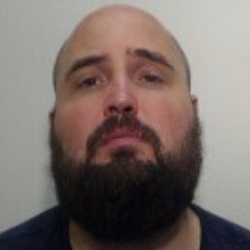 A former paralegal at national law firm BLM has been jailed for three years and three months after pleading guilty to stealing £438,000 from the firm to feed his gambling habit.

His accomplice, Liam Henry, 37, was jailed for two years and two months after pleading guilty to acquiring, using or possessing criminal property.

In 2016, Mr Young was working in personal injury team at defendant firm BLM, dealing with road traffic accident claims where Aviva was the insurer.

In October that year, senior managers within the firm became aware that just over £5,000 had been paid into an incorrect bank account on Mr Young’s instruction.

He was disciplined for it but claimed he had been suffering from mental health issues and strenuously denied that this was anything other than human error. This was accepted and he was given the benefit of the doubt.

According to a report of the hearing in the Manchester Evening News, Mr Young worked on a fledgling claims management system at BLM named Blue Prism, replacing the previous practice of sending the insurer an email to request payment, which an official at Aviva would have to approve.

There was no automation in relation the payments but, in the absence of a system to check the authenticity of the bank details against those of the claimant’s solicitors, Mr Young’s requests for payments were accepted by Aviva without any checking. Similarly BLM did not check payment requests against case files.

It was only in June 2019 that the truth came out, after a superior took over a particular case when the client asked when payments would be made. The firm discovered that Mr Young had authorised six payments between September 2017 and May 2019 amounting to over £32,000 that were made to his bank accounts.

An internal investigation discovered that the paralegal had regularly been changing bank account details to that of one of his own accounts. Over the three-year period, he transferred £437,599 to himself in 116 payments.

The funds were being used on gambling website and living expenses, while he also transferred money to third parties – Mr Henry received £184,850 in 75 transfers and would immediately withdraw the money in cash when he received it. He claimed that he gave most of it back to Mr Young.

The Solicitors Regulation Authority banned Mr Young from working for law firms in May 2020.

The sentencing judge said it was not a sophisticated fraud; it was “inevitable” that Mr Young’s activities would be discovered at some point. But he “took advantage of flaws” in BLM’s system.

The paralegal’s counsel, Tom Wainright, said Mr Young owed money to loan sharks but had managed to repay £30,000 to BLM following the sale of a property.

He added: “”He’s been getting support for his gambling addiction. He’s no longer gambling. The court can take some comfort from the fact he will not be before the courts again.”

The report said Greater Manchester Police had initially not wanted to attempt claw back the money through the Proceeds of Crime Act (POCA), as BLM had mounted its own civil action, but the judge agreed to instigate POCA proceedings.

In a statement, BLM said: “Paul Young was dismissed from BLM when it was established that his actions breached both his contract of employment and the SRA’s Code of Conduct.

“Mr Young’s conduct was immediately reported to the SRA and to Greater Manchester Police. Following a criminal investigation during which Mr Young pleaded guilty, he has been sentenced to three years and three months. We will always take a hard stance against theft and welcome the outcome.

“BLM has robust financial procedures in place to prevent any such incidents happening at the firm.”

“He held a position of trust within his workplace and had access to large sums of money but instead of carrying out his duties he abused his power for his own criminal gain.

“Even after he’d been caught out the first time and pleaded his innocence he then continued to make bank transfers to his own account and then share this with Henry, leaving them both to reap the rewards and splash the stolen cash.”