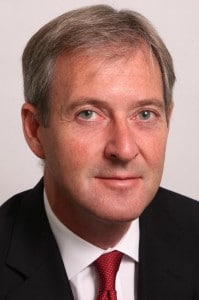 The operational end of the Solicitors Regulation Authority (SRA) needs to keep pace with those at the top of the organisation who “embrace and encourage legal business innovation”, and not stymie the type of development the Legal Services Act is supposed to promote, the head of one of the major alternative business structures (ABSs) has said.

Tim Oliver, chief executive of the Parabis Group, revealed that he had real problems with keeping finance in place during the eight months it took to receive the ABS licence, which last month enabled private equity firm Duke Street to take a stake in the business.

Mr Oliver said he had no criticism of the “depth or thoroughness” of the process, which Parabis began on 3 January by submitting its stage one application at the first opportunity, but said: “I simply didn’t believe the SRA had the right resource – nor depth of resource – to deal with our application in reasonable time.”

Speaking to legal blogger and MD of Kysen PR Clare Rodway, he explained: “First it created an inordinate amount of business uncertainty. It stymies you; you can’t motor forward with any strategy while you are waiting on such a fundamental decision about your future structure.

“Second, the SRA failed to appreciate the sheer number of stakeholders involved, all waiting for conclusion on investment – our 2,300 staff, our bankers, and of course the investors themselves. There’s no doubt we risked losing some good people from the firm as a result of the delay, and the uncertainty and drain on morale it caused.

“And we had a real challenge keeping the funding in place. The high street banks we used just couldn’t understand what was going on. The Financial Services Authority had given approval within 28 days. The bank told us they had never had a transaction that had taken beyond three months for a regulator to approve, so the deal they gave us had a three-month time limit. We had to go back no less than four times to negotiate a month’s extension each time.”

Mr Oliver said that although the deal was exactly the type envisaged by the Legal Services Act, he had the impression that “the administrators on the ground seemed to be very nervous of what we were proposing and I think struggled at times to know how to assess it… In short, they lacked the specialist background to understand this was actually a very straightforward private equity deal”.

However, he said the process should be smoother for those that come after Parabis: “I do think the SRA has learned some lessons over the last few months, have listened to feedback from firms and others going through the process, also from the Legal Service Board, and are taking steps to put this right. They are staffing up with exactly the right skill sets and are involving some former City firm lawyers in the ABS approval process.

“Being a frontier person you have to expect things to be harder for you than for those following on behind. Hopefully we have chopped a few trees down for those coming in after us.”

Tim Oliver is speaking at the next Legal Futures conference, ‘The cutting edge of law’, on Monday 19 November. For details, click here.