Paper-only small claims pilot “likely to do injustice” to litigants 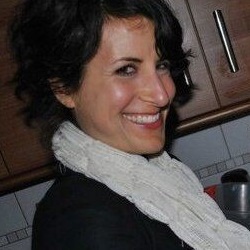 A pilot scheme that will see small claims cases determined on the paper in six county courts from next month is “likely to do injustice” to litigants, an academic has argued.

Dr Kate Leader, senior lecturer at York University, said “faith or trust in legal institutions can be eroded through the continued emphasis on pushing out lower-value claims from the courts”.

Writing in the Modern Law Review, Dr Leader said the pilot would remove the right to an oral hearing for claims of up to £1,000 with no obvious issues of legal complexity or significant factual dispute, including flight delay and parking ticket claims, but potentially any small claims at the discretion of the judge.

Instead of a trial, cases will be determined on paper and “may take place despite any party (and potentially all parties) in the case not consenting to such an arrangement”.

Dr Leader compared it to the single justice procedure in the criminal courts, which sees a single magistrate determine the outcome of summary offences, such as TV licensing and driving insurance cases, on paper without the presence of the defendant.

“Whilst these two procedures seem disparate — one civil, one criminal; one online, one offline —they both form part of a concerted move by the Ministry of Justice to curtail access to trial for litigants and defendants whose issues are not deemed worthy of the court’s time.

“The rationale for all such moves is to speed up proceedings by reducing the volume of low-value claims or minor offences with which the courts have to deal.”

Dr Leader said the majority of small claims falling below the £1,000 threshold would be made by litigants in person (LiPs), who were required by the court to identify issues of factual dispute or legal complexity or lose the right to an oral hearing.

“We already know that being able to identify the legal importance of a particular claim or defence is exceedingly difficult for LiPs. This fact is the reason why, in the civil courts, judges have been given the explicit duty to assist LiPs to ensure equality of arms.

“Unfortunately, such judicial support for LiPs relies on there being an oral hearing in the first place. Once the hearing is removed, no such assistance will be available.”

Dr Leader said removing the right to oral hearing was “likely to do injustice to specific litigants” and raised “significant questions” about whether it was in conformity with the article 6 right to a fair trial or proportionate in line with the overriding objectives of civil justice.

“We need to take seriously, then, the extent to which faith or trust in legal institutions can be eroded through the continued emphasis on pushing out lower value claims from the courts.”

Dr Leader said encounters between legal professionals and lay people were “an essential part of ensuring that those who work in the courts retain knowledge and understanding of the kind of lives lived by those whose decisions they affect and who will be bound by their future decisions”.

A spokeswoman for the Ministry of Justice responded: “These changes do not remove the right of access to the court. Robust safeguards will continue to ensure litigants’ access to justice is protected.”

Guidance for the pilot required that users were asked whether they considered their case suitable for a paper hearing or not, after which a judge would make a direction as to how the case would proceed.

Where the direction was for a case to be heard on the papers alone, users would receive at least 21 days’ notice of when that would take place, she explained.

They would be able to object to the direction no less than seven days before the paper determination, and the suitability to determine the claim on papers would be considered afresh.

The spokeswoman added that eligible cases would be at judicial discretion but “were likely to be only those worth less than £1,000”.