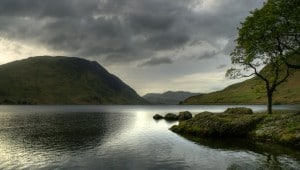 An assistant solicitor has admitted to having “fabricated” advice from counsel, two expert reports and a series of letters on a medical negligence case because she felt “completely panicked and couldn’t see a way out”.

The Solicitors Disciplinary Tribunal (SDT) described the behaviour of Claire Tunstall as “quite extraordinary”, but said she had been “placed in an unenviable and wholly unacceptable position” by Cumbria firm Scott Duff & Co through a lack of support and supervision.

The tribunal said it was persuaded by the evidence of Ms Tunstall, based at the firm’s Keswick office in the Lake District and two years’ qualified at the time the conduct started, that “she had been struggling to cope to the extent that she contemplated having an accident so that she wouldn’t have to go to work anymore”.

Along with fabrication of documents, Ms Tunstall admitted four further allegations made by the Solicitors Regulation Authority (SRA).

Ms Tunstall gave a client, referred to as Mr C, a cheque for £2,000, “purporting to be an interim payment in relation to his clinical negligence claim”, from office account. The law firm said that no interim payment had been received and the money was “funded by a transfer from the file of another client”.

Ms Tunstall also admitted making false entries on the firm’s time-recording system “to try and give myself more time to catch up”, and paying a personal injury client more than the amount agreed at settlement.

The assistant solicitor later explained to the SRA that when she informed the client of the defendant’s offer of £3,000, he “had been persistent and wanted an offer of about £4,000”.

In response Ms Tunstall “stated that she had let the client manage her” and “told him that a higher offer had been made”, before writing him a cheque for £4,150. The solicitor admitted to the SRA that the balance was taken from the firm’s office account.

The SDT heard in SRA v Tunstall (Case No. 11289-2014) that Ms Tunstall admitted that her behaviour had resulted in a number of rule breaches, including failing to act with integrity, failing to act in the best interests of clients and failing to behave in a way that maintained trust in the profession.

However, she did not admit that she had acted dishonestly.

The tribunal said it was “satisfied that fabricating documents, misleading clients and her firm, causing payments to be made to clients from the firm’s funds when clients were not due those monies and making false entries on the time recording system was conduct that would be regarded as dishonest by the ordinary standards of reasonable and honest people”.

However, the SDT went on: “Whilst no medical report was provided, the tribunal entirely accepted the respondent’s evidence on her state of mind at that time and accepted that at the material time the respondent had acted in blind panic under immense pressure, with no thought of the consequences of her actions.”

The tribunal said it took into account the impact of the pressure on Ms Tunstall “in relation to her weight loss, stress, anguish, migraines and being unable to discuss her difficulties with anyone, including her family”.

Rejecting the allegation of dishonesty, the SDT concluded: “The tribunal accepted the respondent’s evidence in its entirety and found, in this particular case, that the applicant had not substantiated beyond reasonable doubt that the respondent knew at the time that her conduct would be regarded as dishonest by the ordinary standards of reasonable and honest people.

“The tribunal was satisfied that the respondent had not been thinking rationally at the time and had not given any thought at all to the question of dishonesty. She had simply been trying to keep her head above water in extremely difficult circumstances.”

Ms Tunstall now has a job outside the law and told the SDT she would never return to the profession. The tribunal reported: “The respondent stated she felt her life had changed immeasurably since leaving the firm and that she was enjoying the work she was now doing. She stated: ‘I feel that I am myself again and that I have my life back.’”

Having considered “truly exceptional and compelling mitigation”, such as Ms Tunstall’s “genuine remorse and realisation with hindsight that her conduct was completely wrong” and the fact she had “repaid all the losses in full” and made early admissions, the tribunal decided that striking her off the roll would be “disproportionate in all the circumstances of this case”.

Instead, it imposed a sanction of indefinite suspension and ordered her to pay £10,000 to the SRA in costs.

Legal Futures contacted Scott Duff & Co but is yet to receive a reply.