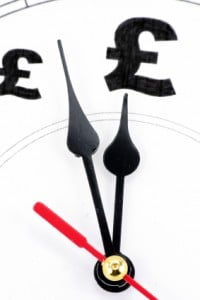 The Legal Services Consumer Panel has thrown its weight behind the Solicitors Regulation Authority (SRA) in arguing that it should no longer regulate consumer credit work.

The plans were however strongly criticised by the Law Society last week, which accused the SRA of underestimating the number of law firms involved.

The consumer panel said it believed regulation should be carried out by the Financial Conduct Authority (FCA) as the “specialist regulator” set up to oversee financial activities.

The panel argued that unlike the FCA, which could impose unlimited fines, the SRA’s powers to fine non-ABS firms were limited to £2,000, although the regulator has applied to the Ministry of Justice to increase this to £10,000.

“However, we still do not consider this is high enough to deter poor behaviour in relation to credit and debt activities,” the panel said.

“Additionally, the SRA does not currently have all of the other powers (such as restitution requirements) which the FCA has to deter poor practices and deal with consumer detriment.”

The consumer panel said it agreed that law firms should have to apply to the FCA if they accepted payment of fees in more than four instalments, charged interest and accepted payment terms in excess of 12 months.

Further, it did not agree with the SRA’s proposal that consumer credit activities undertaken by solicitors in the course of contentious business should be excluded from the changes.

“Currently these exclusions are only available where proceedings have been issued and do not cover pre-issue work,” the panel said. “If the exclusions were to be extended to pre-issue work, they would bring a large number of law firms that carry out debt collecting work outside FCA regulation.”

The consumer panel said such a move would be “inappropriate” and the FCA was best placed to regulate these activities.

Launching the plans in October, the SRA estimated the number of firms involved in debt collection alone at 1,100. The regulator said that transitional arrangements for its regulation of consumer credit work, replacing a group licence it previously held from the Office of Fair Trading, would expire on 1 April 2015.

The Law Society, in its response, argued that law firms would need to seek authorisation from the FCA for debt collection and counselling, providing credit, disbursement funding, payment of fees by more than four instalments, pre-issue work and conveyancing work.

The society concluded that the number of firms involved was “significantly greater” than that suggested by the SRA and “additional costs and burdens” would be created.

Consumers could suffer if firms pulled out from kinds of work or structured their business in a way to avoid regulation by the FCA, the society said.

It added that from its discussions with the FCA it understood that there may be “greater flexibility” for the SRA to continue regulation in the existing way than previously thought.