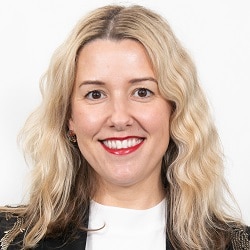 The pandemic has led to “dramatic” change for notaries, introducing electronic notarisation of documents for the first time, a leading scrivener notary has said.

Alisa Grafton, a partner at De Pinna Notaries in London, said the last 12 months had seen a “surge of interest” in electronic notarisation after countries like Spain accepted that it was a valid method.

Ms Grafton said there were around 800 general notaries in England and Wales – regulated by the Faculty Office of the Archbishop of Canterbury – but no more than 35 scrivener notaries within their ranks.

Scrivener notaries, traditionally based in the City of London, are general notaries who have passed exams in two foreign languages, including an exam on the law of a foreign jurisdiction where one of those languages is spoken.

They must also complete a training contract under the supervision of a scrivener notary.

Ms Grafton, the only native Russian speaker to have qualified as a scrivener notary, said Brexit had increased the workload of the Russian and CIS Department at De Pinna, which she heads following her arrival at the firm in February.

Her department has one Russian-speaking trainee notary, but it would be 18 months before she qualified as a general notary.

Ms Grafton said electronic notarisation allowed notaries to work “faster and more effectively” and was a “very straightforward process” which had already used for domestic work.

It had the potential to greatly increase efficiency and European countries such as France, Poland and Portugal had joined Spain in agreeing to its use.

“It has raised a lot of questions about the efficiency of traditional ways of working,” she said.

However, the change had created a “bottleneck” because there was no electronic apostille, a form validating the notary’s signature. As countries attempted to open up their economies, there were also signs that they wanted to go back to old methods of notarisation.

Ms Grafton said that, like other lawyers, notaries had made good use of video calls since March last year, but they were probably the lawyers “least reliant” on them.

She said it was crucial that clients understood the contents of a document, particularly if it was in a foreign language.

“Our modus operandi has traditionally been to see clients personally to make sure that they have the necessary understanding, and there is still quite a large percentage of situations where a person is required to be physically present.”

For this reason, and because of the tight deadlines involved, with “urgent transactions that need to be notarised on the same day”, working from the office was “often the most efficient way of conducting our business”.

Ms Grafton was born in Moscow, where she was awarded a law degree, and moved to the UK in 2000, qualifying as a scrivener notary in 2007.

She said the increased importance of technology heightened the need for notaries who “provided personal and professional assurance that documents were signed by the people who purported to sign them and in their proper capacity”, while at the same time “preparing documents for the very specific requirements of foreign jurisdictions”.

Ms Grafton added that a scrivener notary’s ability to understand and analyse the laws of foreign jurisdictions was “quite unique” and was likely to stay in demand from personal and corporate clients in the future.