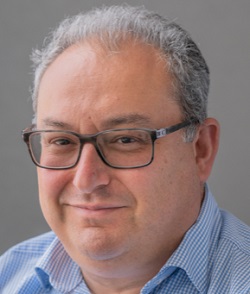 Nearly half of lawyers believe that working remotely during the pandemic has damaged the cohesiveness of their firms, a global study has found.

Large majorities said productivity and motivation had stayed the same or improved, while a third of lawyers said IT for remote working was worse than than in the office – almost four times more than thought it was better.

The survey, by law firm consultants Edge International, was based on responses from 927 lawyers or law firm employees in countries across the globe, collected from December last year to February 2021.

Some 30% believed working from home had improved the cohesiveness of their law firm, with 23% saying there had been no impact.

However, 47% said cohesiveness had somewhat or significantly decreased.

Child care was a challenging area, with most (60%) of the 30% of lawyers with children reporting that the situation had impacted detrimentally on their ability to work effectively.

However, 81% of lawyers said productivity had remained the same or increased during the pandemic and 78% motivation.

This was coupled with support from lawyers for remote working to continue, with 87% wanting to work from home between one and four days a week.

The most popular number of days to work remotely was two (26%).

Most lawyers (58%) experienced significantly or somewhat less disruption when they were working from home.

The findings on mental and physical health and wellbeing were mixed. A majority believed working from home had been good for their physical wellbeing (58%) and mental wellbeing (53%), while 27% said they had experienced a negative impact on their emotional wellbeing.

More common problems were fewer opportunities to bounce ideas off colleagues (43%) and fewer chances to brainstorm (42%).

Lawyers were split on whether or not their continuing professional development had suffered as a result of the pandemic.

Perhaps because of the high levels of uncertainty during the pandemic, most lawyers reported that loyalty to their law firm had stayed the same (58%) or increased (33%), compared to only 6% who said it had fallen.

Former barrister Jonathan Middleburgh, a consultant at Edge International who led the study, said the idea came to him in December last year because of the “paucity of data” on the impact of remote working specific to the legal sector.