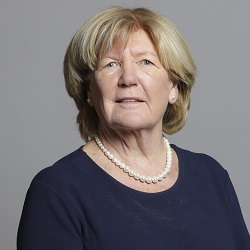 Taylor: Much work to be done

Some people have been “unable to access legal advice at all during the pandemic” to enforce their rights, peers have found.

Members of the House of Lords constitution committee also said that operational changes introduced by the courts during the crisis should not be regarded as “irreversible” where they risked undermining access to justice.

Following its inquiry into the constitutional implications of Covid-19, the committee said today that HM Courts & Tribunals Service (HMCTS) was unprepared for the “devastating impact”, with the court reform programme “behind schedule and struggling to deliver the improvements sought”.

Peers said the courts were already facing “significant and longstanding challenges”, with a 21% drop in government funding in the previous decade and legal aid budgets that had been “radically reduced” by 40% in a decade.

“Reduced funding for the justice system in the preceding decade left our courts and tribunals in a vulnerable condition going into this period of crisis.

“Without adequate resources, technology or guidance, our much-cherished justice system remains at risk.”

Peers said remote hearings were and continued to be necessary, but ran the risk of alienating litigants and making it “more difficult for ordinary people to participate or represent themselves” due to problems with limited IT access or bandwidth, distractions at home or English as a second language.

The longer the delay by HMCTS in gathering and publishing data on people with protected characteristics, “the greater the risk that our justice system is failing to protect users against unlawful discrimination”, the committee went on.

It said remote hearings could deliver a “convenient and effective alternative” to physical hearings for procedural and preliminary hearings, but operational changes introduced to the pandemic should not be regarded as “irreversible” where they risked undermining access to justice.

“The pandemic should not be used as an excuse to initiate permanent changes without prior consultation and suitable evaluation of their effects.”

Peers said the reduction in the courts’ overall workload had “a detrimental impact” on the publicly funded legal profession, “giving rise to a real possibility of a reduction in the number of available legal advisers” in this area.

The committee welcomed the additional funding for legal aid but called on the government to provide more money “to match the reality of need”.

The committee said the massive backlog of cases in the criminal courts was “neither acceptable nor inevitable” and was “undermining the rule of law, access to justice and risks damaging public confidence in the justice system”.

The backlog in the family courts also needed to be cut “as a matter of urgent priority” and required “additional funding for temporary courtrooms in suitable buildings, greater use of retired and part-time judges, and greater use of alternative dispute resolution”.

Peers said the backlog at the employment tribunal could lead to justice being delayed “for many who are already significantly suffering” as a result of Covid-19.

“The prompt resolution of legal disputes is critical for the lives and well-being of individuals, as well as the effective management of businesses.

“The timely delivery of justice also underpins the rule of law. Backlogs in employment and housing repossession cases threaten to undermine these fundamental aims of our justice system.”

Baroness Taylor, chair of the constitution committee commented: “There has been a monumental effort by all working in courts and tribunals to maintain a functioning justice system in recent months…

“[But] there is much work to be done to address the constitutional consequences of the pandemic for the courts.

“The government needs to renew its vision and increase the funding to achieve it. For justice to be done, and be seen to be done, considerable new effort and investment is required.”