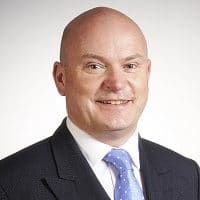 Law firms have exited the worst of the pandemic in confident mood, believing that the crisis has accelerated change in the market, a survey has found.

However, it questioned whether they should be as confident that Brexit and Covid were behind them as they appeared to be.

The vast majority (97%) of the 176 UK law firms that took part in the annual survey by accountants Smith & Williamson described themselves as confident about the business outlook for their firm for the year ahead.

Giles Murphy, head of professional practices at Smith & Williamson, said: “The legal industry is high on its relative success. With firms weathering the pandemic in better shape than expected, does that mean they are in a better position than they were before the news of a mysterious virus spreading out of Wuhan?

“Brexit was the biggest concern in 2019, and the pandemic was front of mind when survey responses were filled out last year. Have those two key concerns really subsided?”

The turmoil of Brexit was “far from over” and the pandemic was not over either. “The full economic ramifications of lockdown are yet to be understood or realised.

“The lifeline of furlough has been wound down, and a period of high inflation potentially lies ahead. While many firms will have experienced a bounce-back in revenues as the economy has recovered, the longer-term trend is still for a squeeze on firms’ profitability.”

An analysis by Smith & Williamson earlier this year showed that operating profit margin across the UK’s top 50 firms fell to 29.8% in the year to March/April 2020, its lowest level in seven years.

“Last year we asked: do we really know what the world is going to look like in a year’s time? A year down the line we still do not have an answer.”

Despite this, the survey results suggested that firms felt this was a “time of opportunity”. Mr Murphy added: “Expect a busy period of office moves, acquisitions and a promise to focus on lock-up. We’ll see how that pays off in 2022.”

The survey found that the percentage of firms thinking that the level of competitive pressure in the profession had increased fell from 83% to 65%.

The pandemic “forced many firms to put the brakes on competitive activity, gearing instead for survival in the short-term and adaptation to new ways of working” in the long-term.

“Nevertheless, it remains a highly competitive market, particularly in London, where US firms are making their presence felt.

Researchers said there was also a “small but notable” increase in potential competition from niche law firms.

Law firms said the pandemic’s impact had been positive on both work/life balance (69%) and productivity (58%), but six in 10 said it had been negative on cultivating a firm culture.

Almost half (47%) said it had been negative for collaboration, compared to the quarter (25%) who said it was positive.

The three top challenges for law firms over the next few years were attracting and retaining the right people, adapting to new ways of working, and differentiating the firm from competitors.

These were followed by adopting new technologies, pressure on fees, managing succession, managing excessive office space, and recovering from the pandemic.

There was a revival of interest in mergers this year, with 38% of law firms ruling them out over the next 12 months, together with taking on a new team from another firm.

This is a sharp decrease from the 60% who ruled out mergers in last year’s survey, in the midst of the pandemic. However, hesitancy about M&A is higher than it was in 2019, when only 26% said no.

Barely any firms reported that their current level of lock-up had deteriorated, compared to 18% last year; however, researchers warned that “without real focus, lock-up levels look sure to remain high”.