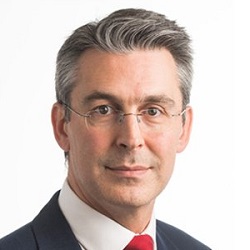 Strong revenue figures from the largest UK law firms during the pandemic showed the “resilience and adaptability” of legal sector during this “difficult period”, the CityUK has said.

The lobbying group said that, “in the midst of dealing with its own Covid-19 induced difficulties”, the legal sector had “played a key role in helping businesses and communities in the UK and across the world negotiate the crisis”.

In its annual report on the sector, the CityUK said that despite the economic downturn caused by the virus, revenue for the UK’s top 100 firms rose by 4% to £28.8bn in 2021 − a figure which has more than doubled over the past decade.

Researchers said the impact of the pandemic had been “varied” on legal services.

“For example, junior barristers who work in criminal law and are self-employed have faced a particularly difficult time, whereas demand for specialists in employment law and business restructuring has continued to be high throughout the pandemic.”

However, the “strong revenue figures for the largest law firms in the UK” this year, the first to take in the “full period of the pandemic”, showed the “resilience and adaptability shown by the sector”.

The report also highlighted a “significant shift” in the numbers of solicitors working in-house over the past decade, “further demonstrating that the sector’s impact extends well beyond the output of law firms and chambers”.

Almost a quarter (24%) of all solicitors in England and Wales worked in-house in 2020, up from 16% a decade earlier. Scotland experienced a similar trend, with almost a third (32%) of solicitors based in Scotland working in-house, up from 22% in 2010.

The CityUK said around 200 legal tech businesses in the UK had attracted £674m in investment as at the end of last year, employing more than 7,000 people.

Researchers said the UK had become “a global hub” for lawtech and was home to 44% of all lawtech start-ups in the EU and UK.

“It benefits from a highly developed legal market, a technology talent pipeline, a competitive tax system, a liberal regulatory regime and the recognition of the importance of innovation by government.

“This rapid development is the result of an extensive network of ‘tech labs’ created by law firms, universities and other corporate organisations including financial services businesses.”

On Brexit, the report said the benefits of choosing English law and England and Wales as a jurisdiction had “not changed” and the government had “taken steps to ensure choice of law and jurisdiction clauses will continue to be upheld in the EU”.

TheCityUK said it continued to be a “strong advocate” for the UK’s accession to the Lugano Convention on recognition and enforcement of judgments in Europe.

“Supported by the continued growth of leading UK-based law firms, which provide unparalleled training and experience to young lawyers, the UK is able to maintain deep pools of legal talent and retain its status as one of the world’s leading centres for legal services and dispute resolution.

“The sector remains a trump card in the UK’s wider competitive offer as a global hub for financial and related professional services.”

In the wake of the report, the Bar Council has analysed income data from Bar Mutual, the profession’s insurer, and found barristers’ income from overseas work also rose last year.

Chair Derek Sweeting QC said: “The CityUK’s report is a reminder of the global strength of our legal sector and the adaptability of barristers, solicitors and all those who work in law in the face of unprecedented challenges.”