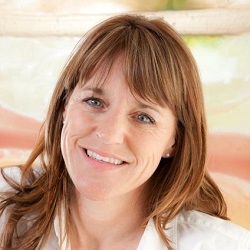 A 40-strong law firm based in Oxford has become the latest to embrace employee ownership, with the firm’s managing director saying she was inspired to act by how staff rallied during Covid.

Sole owner Nicola Poole has sold a minority of her shares in Hedges Law to an employee ownership trust (EOT), with the aim of moving to majority ownership by the trust in around two years’ time.

“I am expecting a boost from this,” she said. “Profit and turnover are just one part of it. It’s also about generating a really good client experience and a culture that’s very identifiable as the Hedges culture.”

As ‘Hedgeholders’, staff will share 10% of the firm’s distributable profits, the first £3,600 of which will be tax free for each.

Staff are entitled to take part after working for the firm for six months. They decided that all their colleagues should receive the same amount, whether they work full and part-time.

One solicitor and one member of support staff are trustees of the EOT, along with a mandatory independent trustee. They will be able to give advice to the board, but will not have a veto at this point.

Ms Poole said she already promoted an environment of “absolute transparency”, where details of all the firm’s financials were shared with staff.

The solicitor joined Hedges Law – whose history dates back to 1789 – 18 years ago on a nine-month locum contract, and took over the practice in 2012. It became an alternative business structure in 2016, specialising in private client, family and property work.

She said: “I first thought about employee ownership several years ago but until now it never felt like the right time to make the move. When Covid-19 first hit last year, I really feared for the future of the business…

“[But] the team at Hedges has been absolutely incredible and as we powered through the pandemic, looking after the needs of our clients as they navigated their own crises, I knew the best way to say thank you was to take the step to move to employee ownership.”

Ms Poole explained how coming through a life-threatening illness a few years ago – at one point she was given only a week to live – had changed her approach to fostering the firm’s culture. “I wanted to build a working environment that created joy and promoted happiness. You’re only as happy as the unhappiest person in the room,” she said.

“When I eventually retire from this business, I want to be sure that those priorities are retained and leave the business in terrific shape for the next generation. That made employee ownership the obvious next step.”

There was also a wider societal shift where “people are starting to care more about having strong values and making them matter”.

While speaking to Legal Futures, she recounted an email received that afternoon from a junior member of staff who said they wanted to work at Hedges Law for the rest of their life.

Ms Poole took advice from Robert Camp, who as managing partner of South-West firm Stephens Scown blazed the trail for employee ownership at law firms, and is now an independent consultant and a non-executive director of Hedges. Stephens Scown provided the legal advice.

She stressed that employee ownership was not just about the actual shares – “it’s about a mindset”. She went on: “They’ve got rights now but they’ve also got responsibilities. It’s on all of us and that’s really important.”

Deb Oxley, chief executive of the Employee Ownership Association, said: “We congratulate Hedges Law and its new employee owners. Their move to employee ownership will sustain the values and independence of the business for the longer term.

“Businesses that give employees a stake and a say build trust and shared responsibility, therefore uniting leaders and employees behind a common purpose. This leaves the business in a better position to flex and adapt.”

Last October, the founders of Tapestry, a law firm in Sheffield and Leeds which advises on employee share ownership and executive pay, also transferred all of their shares into an EOT, and earlier this year Crossland Employment Solicitors followed suit.

In a separate development, Mr Camp has become the first non-executive director of Gatwick and Milton Keynes firm EMW.

EMW chair Nick Lloyd said: “We feel that getting a fresh perspective on what we are doing will bring enormous benefits for our clients and everyone that works at our firm.”

“During Robert’s tenure leading Stephens Scown, the firm performed exceptionally well, both from a financial perspective and employee satisfaction viewpoint.”

Mr Camp said: “EMW’s modern outlook and reputation for valuing its people and wanting to be different aligns closely with what I’ve done throughout my career.”