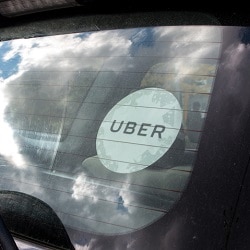 A London solicitor has been fined £2,500 for accidentally submitting duplicate receipts for taxis to his top-100 law firm, amounting to just £200 in all.

Abel Manukyan blamed the errors on long hours, which meant he was “extremely overworked” and suffered from stress and depression.

Mr Manukyan, 40 this year, qualified in 2013 and was an assistant at central London firm Fladgate from 2014 to 2017, specialising in immigration law.

The case before the Solicitors Disciplinary Tribunal flowed from a Fladgate investigation into the duplicate receipts.

According to an agreed outcome between Mr Manukyan and the Solicitors Regulation Authority (SRA), and approved by the tribunal, he made eight taxi journeys to his home between September 2016 and May 2017, totalling just £209. Each was charged against an open client file.

However, he made five further claims for the cost of one or more of these journeys, supported by copies of the same receipts but charged against different files. One of those receipts was used again for another claim. In all, he received £202 from the duplicate claims.

In non-agreed mitigation, Mr Manukyan said he used Uber, receipts for which were sent to his personal email and which he would then forward to work for billing, sometimes weeks later.

But Mr Manukyan said this system broke down, leading to the duplicate claims, as he was “extremely overworked at Fladgate and was suffering from stress and depression”.

“Due to this he prioritised his client work and fell behind in his administration, which fell into disarray.”

He claimed Fladgate’s accounts department did not identify the duplicate claims, so he was unaware there was a problem.

In the agreed outcome, the SRA accepted that the duplicate claims were not made deliberately and that the solicitor “had no intention of profiting from his actions”.

It assessed that his culpability lay “on the basis that he made a material, but inadvertent, error of a nature such that no solicitor of his experience should have made it”.

Fladgate had repaid the clients affected, but the solicitor had nevertheless potentially caused them “a minor financial loss”.

Although the misconduct was aggravated by repeated mistakes made over nine months, Mr Manukyan immediately admitted the duplicate payments as soon as he became aware of them.

Also mitigating the seriousness of the misconduct was that it was “a single episode in an otherwise unblemished career”.

Agreeing to a fine of £2,500 and no order for costs, the SDT acknowledged that the misconduct arose from errors, but said: “Members of the public would not expect a solicitor to duplicate claims made for expenses, nor would they expect the claims to be made against the wrong client files.”