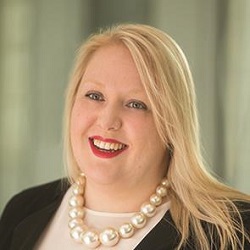 Cain: I regret what I did every day

A “high-flying” barrister partner at a City law firm who fabricated a court order was unable to cope with her workload but this did not excuse her misconduct, a Bar tribunal has found.

It said the mental health problems her overwork caused were not exceptional circumstances that meant Nicola Cain should not be disbarred.

Ms Cain, 39, was a partner at RPC acting for Christopher Steele, the ex-MI6 agent who compiled the infamous ‘Trump dossier’, and his company.

He was being sued by a Russian businessman for naming him in the document about Russian leverage over the former president, which was disclosed by Buzzfeed in 2017.

The tribunal found that in late 2019 she dishonestly misled her client by sending them a fabricated High Court order on disclosure, leaving out or changing information about what her client had been ordered to do by the court and cut-and-pasting Senior Master Fontaine’s signature on it.

Further, she failed to notify or seek instructions from her client regarding applications made by the claimants and provided a false copy of an application to the client instead.

Finally, she served a witness statement stating that she was authorised to make it on behalf of her client when she was not.

The claim against Mr Steele was dismissed in October 2020.

James Counsell QC, for Ms Cain, said she was overwhelmed by her workload and found herself “firefighting by just dealing with the matter which was most urgent”. Her health deteriorated to the point where she would sob at her desk.

In the tribunal ruling, published this week, His Honour Alan Greenwood, the chair, said: “The panel felt that whilst, with hindsight, it must be recognised that [Ms Cain] was unable to cope with the workload she had, she was a high flyer.

“She expected much of herself and maybe much was expected of her based on her perceived ability. Clearly she was not coping and that impacted on her mental health.” However, Ms Cain did not realise that at the time.

But this “did not amount of exceptional circumstances against the background of a course of misconduct and dishonesty” – and the tribunal noted that it was not argued that it did, although the information “may explain” why Ms Cain acted as she did.

Ms Cain told the tribunal in a written statement: ‘I wish to make absolutely clear, at the outset, that I accept… that within a short space of time I made a series of very serious errors of judgment and, in doing so, I let down my client, my colleagues and fellow partners, the firm, the profession and myself.

“I am profoundly and sincerely sorry for my conduct, which I wish I could put right. I regret it every day and I acknowledge the severity of that conduct. Nothing I say in this statement is seeking to diminish the seriousness of my misconduct.”

She also admitted behaving in a way which is likely to diminish the trust and confidence which the public places in a barrister or in the profession and failing to observe her duty to the court in the administration of justice.

Ms Cain was head of legal for freedom of information and contentious data protection at the BBC before joining RPC in 2017 and becoming a partner a year later.

She was disbarred and ordered to pay £5,900 costs.