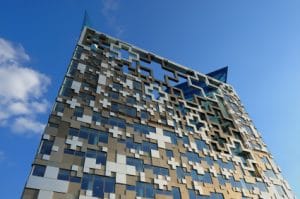 “Overwhelming disagreement” made the Solicitors Regulation Authority (SRA) abandon a plan to make compliance officers sign declarations that their firms followed the accounts rules, it has emerged.

The SRA is also shortly to issue a consultation that will cut down the number of qualified accountant’s reports that need to be submitted to the regulator.

Annette Lovell, director of regulatory policy at the SRA, said it received feedback from a “wide range of stakeholders” on its proposal to make compliance officers for finance and administration (COFAs) sign declarations.

Ms Lovell said there was “overwhelming disagreement that requiring COFAs to make declarations was the right way to go.”

She went on: “One of the arguments was that if we did that, we would shift the balance so that compliance was about COFAs rather than the firm’s responsibilities.”

Ms Lovell said the SRA board looked at the issue again and it was “taken off the table”.

Speaking at the annual conference of the Institute of Legal Finance and Management (ILFM) last Friday, she said the regulator thought “long and hard” about the feedback it received on its plans for accountants’ reports.

The first part of the plans, launched in May this year, would have completely removed the obligation on firms to submit accountants’ reports to the SRA every year. This was modified so that only qualified reports need to be submitted, and implemented on 31 October.

Ms Lovell said the only firms completely exempt under the current scheme would be around 100 practices which only carried out legal aid work.

She said that as many as half or 5,000 of the 10,000 accountants’ reports submitted to the SRA were qualified; the regulator would be issuing a consultation in the next couple of weeks on the second phase of its reform plans.

This would apply revised criteria to restrict the number of qualified reports that needed to be submitted, introduce further categories of firm which would be exempted from the obligation and make further changes to the format of the report. The phase two changes are due to be implemented in April 2015.

“We are trying to come up with a way of not having to examine 5,000 reports,” Ms Lovell said. “It’s not about picking up on firms which are trying to do the right thing, but identifying serious breaches where we need to take regulatory action.”

Ms Lovell said this would be followed by full review of the SAR, with amendments due for implementation in April 2016. “We need a set of rules which better reflect the way firms are working at the moment,” she added.