Oversupply of law graduates and growing number of LiPs are solution to each other’s problem, says MR 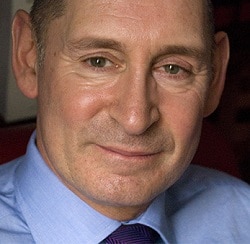 The combination of an oversupply of law graduates shut out of the profession due to fewer training contracts or pupillages and the growing number of litigants in person (LiPs) offers an opportunity to enhance access to justice while helping students into practice, the Master of the Rolls has said.

Recognising that the current funding of legal aid was unlikely to change, Sir Terence said the idea of bringing together LiPs and law students would “facilitate entry into practice of these law graduates and while so doing provide legal advice and assistance to LiPs”.

It was, he said, an obvious move. “The real question, in fact, seems to me to be how do we do this, and not should we do this.”

He suggested collaboration between universities, pro bono advice centres and organisations, and law firms to create an expanded advice scheme. Law graduates who have completed both the academic and vocational stage of qualification, but do not have a training contract or pupillage, would operate as trainees registered with the university or pro bono advice centre.

“They would only be able to do so following training, akin to that already given by such organisations, and they would be supervised by lawyers. The lawyer supervisors would be both those who are permanent employees of the university’s legal advice centre or a pro bono advice centre, where there are such, and/or lawyers provided by law firms and chambers on a pro bono basis.

“From the university perspective, such a development could be incorporated into their courses where they offered vocational courses, making them more attractive to prospective students. From the pro bono advice sector’s perspective, it could increase the number of advisors available to them.”

There would then need to be collaboration between the judiciary, the legal profession, including the regulators, and the government.

“This would enable LiPs to be represented by law graduates who are taking part in the expanded advice scheme. Care would need to be taken to identify the nature and type of proceedings covered by the scheme.”

Provision to enable such trainees to exercise rights of audience might then be provided by way of a pilot scheme made under CPR part 51 – a provision allowing pilots that he said more broadly had been underused since it was introduced in 2001.

Sir Terence said: “It seems to me though that there is a good deal of force in the view that the proper administration of justice and litigants-in-person would benefit from the assistance in court of such graduates…

“They would have proper legal knowledge. They will have had skills training. They will be subject to professional regulation, and they should also be covered by the university or pro bono advice centres’ professional indemnity insurance. They will be at the start of the careers, but they will be under supervision.

“Far better such an approach than that provided by unregulated, uninsured, professional McKenzie Friends of unknown skill and training. And further to this, if the LiP’s claim succeeds, a pro bono costs award could then be sought.”

The MR went on to speculate that if this scheme ultimately increased the number of qualified lawyers, it may, by increasing competition, “result in legal fees becoming equally competitive”.

In his lecture, Sir Terence talked up the possibilities of the online court and Lord Justice Jackson’s review of fixed recoverable costs. He said fixed costs had a role in promoting new routes for litigation funding. “One alternative means of providing litigation funding is through the provision and use of before-the-event (BTE) legal expenses insurance. A number of countries rely on such schemes to provide the main source of litigation funding. Germany is a prime example…

“While we have BTE insurance here it is not used as widely or as readily as it is in those jurisdictions. One of the reasons why this is the case is that we have not had a system of fixed recoverable costs.

“As Professor John Peysner has pointed out on a number of occasions, the success of BTE insurance in Germany is predicated on the symbiotic relationship it has with fixed recoverable costs. If we remove the stumbling block by introducing such a costs regime, we may be able to develop an across the board BTE insurance scheme that will work as well as that in Germany.

“To that end the Civil Justice Council, which I chair, is just about to start work. It is going to examine what steps are needed to develop a properly viable BTE scheme.”