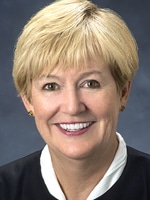 The pioneering online small claims court thought to be the model for England and Wales was launched in Canada last week when the Act moving it from voluntary to mandatory claims came into force.

The civil resolution tribunal (CRT) in British Columbia (BC) will start hearing small claims next spring and should be fully functional by summer 2017. The value threshold for claims will start at a figure yet to be decided, but eventually will rise to those up to C$25,000 (£14,610).

The CRT, whose adjudications will be equivalent to court orders, is expected to be a model for the online court in England and Wales currently being devised by Lord Justice Briggs. The judge visited BC in early May and had detailed discussions on the CRT’s workings.

BC’s minister of justice, Suzanne Anton QC, told Legal Futures that she had met Briggs LJ and that he was “very interested [in the CRT model]”. She joked: “We’ll be happy to export [it] once it’s fully functional.”

Initially the CRT, which costs C$125 to make an online claim, will hear condominium ‘strata’ claims – housing disputes relating to the common parts of apartment blocks which house some 1.5m British Columbians. When fully operational, it is hoped that the CRT will divert 15,000 small claims from the provincial court each year, in total saving around C$25m over 10 years. Its annual budget is expected to be just under C$5m.

Professor Roger Smith, in his Digital Delivery update in May, described the CRT as “remarkably similar” to the online court recommended by Briggs LJ. But, speaking last week, Professor Smith said that he was “particularly concerned about the mandatory nature of the CRT’s small claims jurisdiction”.

He said: “My concern is that if you go to wholly online you are taking the risk that a group in the population – predominantly in the low-income groups – will not be able to use it.” He added that “if I was in the Ministry of Justice here I would watch very carefully what happens in [BC] before I spent a penny on an initiative over here”.

Addressing the exclusion point, the chair of the CRT, Shannon Salter, told Legal Futures that the tribunal had carried out “detailed survey work… through the government statistical agency” which found that 92% of British Columbians used the internet every day.

She continued: “There is a small minority of people out there – 3-5% – who don’t either have access to technology or are comfortable with it, so we are able to offer a mail and telephone-based service for those people.

“They are also more than welcome to have a trusted friend or family member help them through the process.”

Ms Salter pointed out that apart from the densely populated urban areas, BC had people spread over “a very sprawling rural area”. Most had “very limited access to courthouses and legal services generally, so for them to be able to do all of this from the comfort of their home… is such an increase in access for them”.

Ms Anton accepted that some people might struggle to use the CRT, but said: “We will make accommodations for those people… Most people have children or grandchildren who can help them out, so we are confident that people will be able to access the service.”

She stressed that by handling small claims, the CRT “will have the impact of freeing up court time… Courts are expensive and you want to reserve court processes for things that really need to be there.

“It’s a question of proportionality – if you can find for the more minor matters an alternative dispute resolution process… and in particular one like this that is tied into the courts, then you have a terrific advantage.”

“Having it tied into the courts, so the order at the end of the day is registered as a court order, makes us unique in the world in this system. We have taken a fairly cautious approach in terms of getting ready to go and I believe we are in very good shape as we do our first intake on strata [claims].”

Frequently asked questions and answers on the CRT’s website stated: “British Columbians who feel more comfortable with the court system can apply for an exemption to use the court system instead.”

The CRT’s publicity material says: “As Canada’s first-ever online tribunal, the CRT will give British Columbians convenient access to justice 24/7, so that they can move on with their lives.”

The Civil Resolution Tribunal Amendment Act, making the CRT mandatory, became law in May 2015 and was brought into force last week.