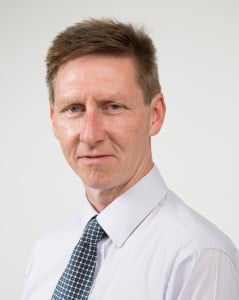 “A lot of people are feeling quite bitter about this”

Camps, operating through its consumer brand Your Legal Friend, said earlier this week that it is concerned that shareholders had suffered “significant investment losses” which may be directly attributable to “extremely misleading” statements by the company and its board.

From a peak of around 660p in early 2014, shares in Quindell were trading as low as 24p earlier this month. They closed last night at 32.5p.

Mr Gibson told Legal Futures that some shareholders had asked not to be added to the list until a later stage, and he had held “one or two” discussions on involvement by institutional investors.

“The scale of the response is quite encouraging,” he said. “A lot of people are feeling quite bitter about this – understandably I think.”

Mr Gibson said shareholder group actions were still “relatively virgin territory” in the UK. He said shareholder actions against Tesco and RBS differed from the potential action against Quindell in that they involved a single representation by the company rather than a “number of different representations over a period of time”.

Mr Gibson said he expected Your Legal Friend to wait for publication of an independent review by PwC, commissioned by Quindell earlier this month, before taking any further steps – unless there was a “significant delay” in publication. He said the report was likely to come out in the first few weeks of next year.

“Things are moving quickly and it’s all come in quite a rush,” Mr Gibson said. “Quindell shares were the most actively traded on AIM for a long time.”

He estimated the number of shareholders affected by the fall in share prices as 10,000 or more, mostly private individuals based in the UK.

Mr Gibson added that conditional fees would be considered as a means of funding any group action.

On the Your Legal Friend website, shareholders are told that for claims to be successful, they must have suffered a “measurable loss” on their investment and based their decision “at least in part on statements or information published and approved by the Quindell board and its advisors”.