Our turn to say sorry: Legal Ombudsman apologises over ADR change of heart 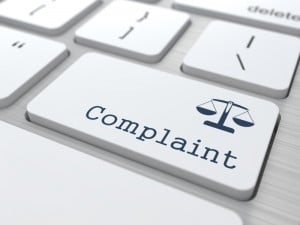 The Legal Ombudsman (LeO) has apologised to solicitors for any inconvenience caused after it abandoned plans to become a certified alternative dispute resolution (ADR) body without a full consultation.

Certification under the regulations, which implement an EU directive, will double LeO’s deadline for complaints about solicitors from six months to twelve.

However, in an announcement last week, LeO said it had decided to withdraw its application to the Legal Services Board (LSB) for certification to enable a “fuller consultation” to take place.

Guidance made clear that if solicitors had taken the initiative and already changed their client letters to refer to the new 12-month deadline, they should “revert back to the existing time limit of six months” from the date of the final response letter to the complaint.

“We are sorry if this has inconvenienced you, and we will let you know in good time when the next changes are due to be implemented”.

LeO said in an announcement in March that the new arrangements would start from 9 July 2015.

In a further announcement at the beginning of July, LeO said it had applied to the LSB to become certified “on the basis that all necessary changes to its scheme rules will, subject to the necessary approvals, come into force within six months of the directive’s 9 July implementation date”.

In its announcement last week, the Legal Ombudsman said its board, the Office for Legal Complaints, had taken the view that it was “in the public interest” for it to become certified.

“The Office for Legal Complaints planned to carry out a consultation limited to implementation of the changes necessary to achieve compliance but has subsequently decided that a wider consultation is merited.

“The consultation will be launched on 7 September 2015 and will be open for eight weeks. The Office for Legal Complaints will consider representations and decide how to proceed at its meeting in the week commencing 7 December 2015.”

LeO said the directive aimed to ensure that all consumers in the EU had access to an ADR scheme to seek redress for problems with goods and services, and set common standards for ADR providers.