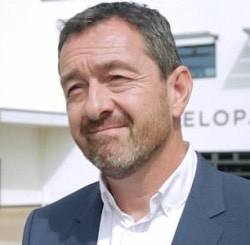 Members of the House of Lords will today begin debating the Civil Liability Bill, with claimant lawyers arguing that new government figures discredit the whiplash reforms it contains.

The second reading – during which the principles behind the bill will be discussed – comes the day after the government’s Compensation Recovery Unit (CRU) revealed that the number of personal injury (PI) motor insurance claims has fallen to the lowest level in nine years.

Brett Dixon, president of the Association of Personal Injury Lawyers (APIL), said: “This discredits the principles behind the Civil Liability Bill, which the government claims will reduce premiums by slashing injury compensation paid to people with whiplash injuries.

“Injury claims are not behind rising premiums. The mischief clearly lies elsewhere.”

There has also been a long-standing argument between claimant lawyers and the Ministry of Justice about the number of motor claims registered with the CRU that are actually whiplash claims, with the former saying they have gone down and the latter disagreeing.

The Ministry of Justice argues that when soft-tissue injury claims labelled as ‘neck’ and ‘back’ are considered together with those labelled as ‘whiplash’, the figure increases significantly.

It said the number of such claims up until last year at least remained steady over the previous three years at around 680,000 claims, around 90% of all motor-related PI claims made.

Mr Dixon added that figures from the Association of British Insurers also showed that the cost to insurance companies of motor injury claims has fallen by 21% since 2013.

“This bill will not achieve its aims to lower premium costs for motorists. The insurance industry will get away with using injured people as scapegoats.

“Any concept of fairness or compassion or help for genuinely injured people will sacrificed for the empty promise of cheaper car insurance.”

According to a report by economics consultancy Capital Economics – commissioned by the Access to Justice pressure group and published yesterday – “the reality is that the number of road traffic accident personal injury claims is falling, despite rising traffic volumes.

“The average value of such claims is also falling. Rising premiums are being driven by economic and industry-specific factors, and to support higher profits for insurers.”

Capital Economics – which was updating the report it produced last year – highlighted the lack of evidence of fraud and that current compensation levels were out of proportion to the injury suffered, an argument made again just last week at the APIL conference by justice minister Lord Keen.

The report added: “The proposed reforms impose financial costs on claimants in England and Wales in return for an uncertain reduction in motor insurance premiums.

“Considering the financial costs and benefits of the proposed reforms together, the impact on households’ ranges from a net benefit of £3 each to a net loss of £17 each [depending on how much of the savings are passed on by insurers to customers].

“The clear beneficiary from the reforms is the motor insurance industry, which sees profits boosted by between £190m and £630m per annum.”

In other developments, British Cycling has appealed to the government to remove vulnerable road users such as cyclists, pedestrians, motorcyclists and horse riders – who it said “rarely sustain the whiplash-type injuries being targeted” – from the scope of the bill.

British Cycling policy adviser and Olympic gold medallist Chris Boardman said: “This move will have huge unintended consequences for anyone involved in a collision that is not driving.

“It will now become almost impossible for cyclists to get legal representation without sacrificing a significant proportion of the compensation that they would be entitled to and I appeal to the government to rethink this approach.”

Meanwhile, the Bar Council and Personal Injuries Bar Association have sent a briefing to peers, saying: “The implication, inherent in the proposals, that the increase in whiplash claims is down to an increase in fraudulent claims, is unsupported by evidence.

“A tariff will do nothing to reduce the problem of fraudulent/exaggerated claims; indeed, they are likely to increase the problem.”

The tariff as currently proposed by the government would reduce compensation payments by between 27% and 89%, which the briefing described as “arbitrary, disproportionate and wrong”.

“PIBA and the Bar Council do not anticipate a tariff will lead to a reduction in the overall cost of litigating minor claims given that the reforms will inevitably lead to (i) a rise in the number of litigants in person, (ii) an increase in activity by unregulated claims management companies, (iii) increased costs on insurers in terms of case handling, and (iv) increased burden on an already stretched court service.”

The briefing also noted that the bill “refers on 15 occasions to unpublished regulations without providing any detail of what the regulations will state.

“PIBA and Bar Council submit that no rational debate can be undertaken on the bill without knowing precisely what the regulations will provide.”

This argument was supported last week by the House of Lords’ delegated powers committee.