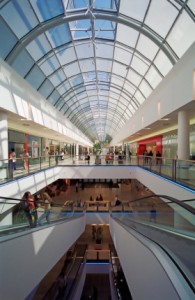 The cost to businesses seeking legal advice to comply with current piecemeal consumer rights legislation is as high as £2,500 a year – but they should see big savings as a result of forthcoming reform, the government has claimed.

According to newly published research which underpinned the new draft Consumer Rights Bill, businesses using external law firms spent an average of £1,497 per annum, rising in line with size from £903 for ‘micro’ companies to £2,532 among ‘large’ organisations.

The detailed report from IFF – which surveyed 1,000 companies – found however that only 20% sought external legal advice to deal with consumer rights issues, again increasing in line with size (55% of large businesses had).

In terms of sector, digital content businesses (10%) were more likely to have sought external legal advice on 10 or more occasions in the last 12 months than those in the services sector (1%).

Some 17% of large businesses had used external lawyers at least 10 times in the previous year.

The three most frequently cited topics were drafting terms and conditions (40%), handling complaints about ‘fit for purpose’ products or services (36%), and complaints about delivery (15%).

A third of companies had sought advice from other bodies, such as trade associations.

Meanwhile, some 37% of businesses polled employed staff to deal with legal compliance, although the majority only had one member of staff with this responsibility.

Most said legal staff spent less than a day a month or no time at all on consumer rights compliance, but the figure increased in correlation with the size of the business. On average, large businesses spent 12 days a month dealing with compliance compared to 3.5 days a month for micro businesses.

The IFF research into dispute resolution found that only 3% of businesses reported experiencing complaints leading to legal proceedings – again rising in line size to 36% of large businesses, the legal cost of which was estimated as an average of £1,407 to businesses.

The main issues which led to litigation were faulty products or services, accidents or injuries to customers, and disagreements about whether goods or services matched their description.

According to government estimates, the reforms will land businesses with a £5.7m cost for one-off transitional legal advice. However, there will be savings in ongoing legal advice costs, after the transition, of £2.5m per year and a reduction in training costs of £790,000 a year. There will be a further £1.2m in savings from fewer cases reaching litigation.

The Department for Business, Innovation & Skills, which commissioned the research, said the simplification the reforms will introduce, along with the facilitation of faster and lower cost redress, means less time and money will be spent on advice, training and dealing with disputes.