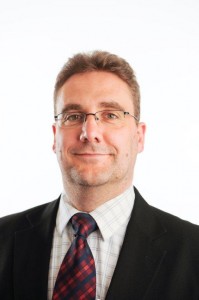 Burford: “not here to be consumer champion”

Only 4% of complaints about claims management companies (CMCs) received by the Legal Ombudsman (LeO) relate to personal injury work, it has emerged.

LeO took over the job of complaints handling for the sector in January this year from the Claims Management Regulation Unit, based at the Ministry of Justice.

During the period from 28 January 2015 to the end of April, he said 94% of complaints related to financial products, 4% to personal injury and the rest to other areas of the law, particularly employment.

Mr Burford, who heads LeO’s claims management department, said 79% of the financial product complaints were about PPI and 16% about missold mortgages.

He said the biggest source of complaints about CMCs of all kinds was the lack of clear and transparent fees, followed by delays and the failure to provide regular updates.

“It’s important to remember that we’re not here to be a consumer champion or to fight for the industry,” he told a Westminster Legal Policy Forum seminar. “We’re an independent complaints service.

“We’re not here to catch out CMCs, we’re here to help CMCs improve and we can only do that in partnership with them.”

Mr Burford said LeO had closed 146 cases in its first three months, more than half of them by informal resolution. In 50% of cases, it found that there was no poor service.

Mr Burford said separate consumer research carried out by the Legal Ombudsman revealed that only 35% of CMC customers knew who to complain to.

When consumers were asked if they could rely on CMCs to always tell the truth, only 4% said yes – compared to a figure of 47% for lawyers.

However, 52% of consumers who used CMCs said they were satisfied by the service they received.

Mr Burford added that during the first three months, one CMC had decided to surrender its authorisation following a series of complaints, and cited the transfer of complaints to LeO as one of its reasons for pulling out.

As Legal Futures reported earlier this week, figures from the Claims Management Regulation Unit show that the number of personal injury claims management companies [2] (CMCs) has fallen below 1,000.