Online wills venture with big-name backing stakes everything on simplicity 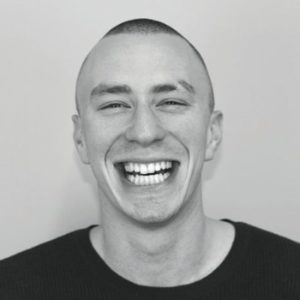 In the latest of our profiles of lawtech start-ups, Dan Bindman investigates a company with big-name backers that has launched an online wills service.

Online wills start-up, Farewill, hopes to motivate people to make wills by attracting them with simplicity and branded design rather than extensive add-ons.

However, a pioneering solicitor who said he produced the first online will in the late 1990s, has told Legal Futures that he no longer believed web-based will writing was appropriate for many people.

The lawtech start-up is bullish that it can tap into a market that has proved difficult to penetrate. It launched at the end of last year after writing some 1,000 wills during beta testing.

CEO and founder, design graduate Dan Garrett, said at the time: “We want to be the global brand synonymous with death, offering simple, affordable ways of planning for death that are bold and positive, rather than shady and morbid.”

Speaking to Legal Futures, Mr Garrett, who has a first in engineering from Oxford University and two further masters’ degrees in innovation design, claimed the wills, which cost £50 plus £5 per year for unlimited updates, had been received with “spectacular” enthusiasm by those who had used the service.

He said the majority of Farewill’s sales came from “working with other businesses and charities”. Several “forward-thinking digital companies” were offering Farewill wills as an employee perk.

Among them, M&C Saatchi had had a previous deal with a solicitor to offer employees wills, he said. “We wrote more wills in a week with our proposition than they wrote [in] over a year with the solicitor one.”

Mr Garrett said Farewill had initially trialled a digital will-type add-on to include photos, videos, online passwords, and so on, like the Legacy product launched by US legal technology giant LegalZoom. However, it discounted the idea as too complicated.

He said: “People were excited by it [but] they were getting more confused and thinking ‘Oh God, there’s all these other bits that I need to think about’…

“There have been memory box apps and digital ‘storage lockers’ out for the last 15 or 20 years but it isn’t the way our brains work as people. We are not hardwired to think about death all the time…

“I think you have to lead on the idea that writing your will is something you can understand and do yourself, and then the personality of our brand and our dedication to customer service reinforce some of the softer bits of it.”

He said users were supported by live help via a ‘chat’ function accessible on each page. All members of the Farewill team were trained in writing wills and the average response time was under 45 seconds, with the live help provided 20 hours per day.

He said the tech behind the product was “not incredibly sophisticated” and the creators’ “brainpower” had been put into perfecting the design and user experience.

He went on: “My background is in innovation and what we’ve innovated on hardest of all is the feeling and sentiment of what it means to deal with these kind of things, so it can be human and accessible and intelligible.”

But semi-retired solicitor Michael Kaye, 68, whose firm, Kaye Tesler, was in 1997 among the first to produce an online will, said he had come “full circle” on the idea. Simple online wills were only suitable for some clients, he explained. “I’ve come to realise as I’ve got older that simplicity is a problem.”

Mr Kaye gave the example of a case where a lady in her 80s split an estate – consisting mainly of a home – to five daughters equally. But while four children were married, with families and homes of their own, the fifth child was in her 60s and had lived all her life with her parents. A solicitor could have advised on the harmful effect of the gifts, he said.

“I still like the innovation… [but] I’ve come to the view that you cannot put into a computer program my experience. No matter how clever they are, they cannot compete with my five years of articles [and decades of practice].”

Mr Kaye suggested that a compromise would be that a client drew up the will at a computer in the firm’s reception, which a solicitor would then review.

Mr Garrett said:  “We share the scepticism – frankly if you weren’t sceptical, I’d think you were bonkers.” But he maintained that his investors had “built genuinely transformative mass market propositions in crowded spaces, so the fact that we have convinced them to join us is a sign that our thinking is in the right place”.