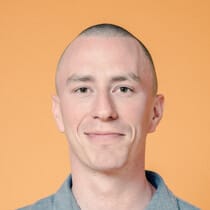 A business selling online wills has reported rapid growth, such that it has employed a specialised solicitor to head its team of non-qualified will checkers, which it expects to triple in size by the end of the year.

Farewill, which launched at the start of 2017 [1] with backing from the owners of property website Zoopla and loans business Wonga and has since taken investment from Daily Mail & General Trust plc (DMGT), has plans to raise further external funding in the future.

Co-founder and chief executive Dan Garrett told Legal Futures that he expected demand to keep growing and that, whenever the company had gone head-to-head with solicitors, the market had expanded to accommodate both.

He said one unexpected result since the business was started – believing that younger, tech-savvy consumers would be its main source of income – was that the average age of Farewill’s customers was 64.

The company, which uses an algorithm to allow online users to create a will “usually within about 15 minutes”, manually checks each will before it is returned to the customer for witnessing.

Farewill will checkers spoke to customers “about 35% of the time” after the will was submitted, in connection with possible complexities such as “a second marriage or disinheriting a child”, said Mr Garrett.

It charges a one-time fee of £90 and allows unlimited updates for an ongoing £10 a year.

He said a near-doubling of the fee from £50 and recurring annual charge of £5 had been necessary because it felt like the customer support operation initially in place “was breaking apart at the seams”.

He added: “We realised as we were scaling the business that in order to maintain that standard and that quality of customer support, we needed to increase our prices. That’s why they went up and since then we’ve consistently maintained highest rating on Trustpilot.”

He reported the price rise “doesn’t appear to have affected us”, adding: “We’ve been growing very steadily and quickly and we now are many multiples ahead of the number two in the market in terms of volume.”

Mr Garrett acknowledged it was a “complicated line to walk” between scaling up the business and paying “adequate attention to the quality of the services we are providing”.

For this reason the company has brought in as head of legal Lorraine Robinson, a solicitor also qualified with the Society of Trust and Estate Practitioners (STEP).

Farewill’s website promises: “We use smart technology to save our customers hundreds of pounds – with real support from humans to make sure we do it right.”

Mr Garrett said the DMGT investment – the group owns newspapers the Daily Mail, the Mail on Sunday, and the Metro in London – had been especially valuable for Farewill, because editorial in the newspapers was synchronised with charity fund-raisers offering wills to readers.

“Their demographic is people in their 50s and 60s, many of whom don’t have a will,” he said.

“We did one recently in the Metro… which has got a 1.5m-person readership, and we did wills for readers that were sponsored by Macmillan. From that one bit of coverage we raised about £6.5m for charity.”

He insisted the market was “big enough” to sustain an expansion in the number of wills written overall and that online wills did not detract from the solicitor-written wills market.

“A good example of it is what we do with charities, where they’re very used to a solicitor-led offering…

“I think [this] is quite exciting because solicitors do fantastic work and we are not trying to deprive them of it. [We’re] just trying to plug that gap where people don’t necessarily want to go face-to-face or pay a few hundred pounds.”

Ms Robinson said that because it was an unregulated business, she did not speak directly to customers, but oversaw a team of eight dedicated will checkers. The company expected the team to rise to 22 people by the end of the year.

She said: “I don’t actually feel that it was my solicitor qualification that qualifies me to write good wills; it was more my STEP qualification.”

Online wills were appropriate for “about 90% of the population” and where complexities arose, “we’re really clear about signposting people to other [professionals]… when we feel we are not suitable for them”, she said.

Mr Garrett said the ongoing £10 charge ensured the company kept in touch with customers, with some nine out of 10 people opting for annual contracts.

“It allows us to… make sure that if we check their will for the second time… that they get customer service immediately, seven days a week without having to pay full whack again.”

He said Farewill had dropped an original pledge to offer telephone support around the clock and instead provided it from 9am to 7pm, as well as having a dedicated team that worked on the weekends.