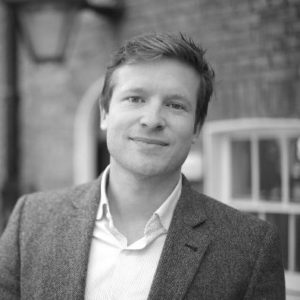 Global law firms could in future recruit teenagers to their brands like football teams sign up junior apprentices, if an online recruitment platform that is targeting large employers takes off.

The aim of the product, EdEase, launched this month, is to enable students and other potential recruits worldwide to interact with businesses via its platform, possibly years in advance of them becoming employable.

Using a variety of media, including video, blogs, and webinars, law firms could showcase themselves, while in turn potential candidates could take tests or courses to show their aptitude for different roles.

Attractions for law firms, say the platform’s founders, are that the cloud-based system will be cheaper than delivering something similar in-house, that the format will appeal to a ‘digital natives’ generation, and that in the long run pre-employment engagement will result in fewer expensive recruitment failures.

The founders claim to be in advanced talks with magic circle law firms, as well as smaller boutique firms which are said to be interested in using the platform to interact with potential clients.

Andrew Clements, a 20-something law graduate who in 2013 co-founded online education provider Proversity, started the company with Nichole Wright, whose former roles include working in IT for the Metropolitan Police.

Speaking to Legal Futures, Mr Clements said EdEase had an ‘angel’ investor backing it and was initially “targeting law firms in its first six to nine months”. But in the longer term it aimed to approach other professional services sectors in the UK and overseas, using “content in multiple languages”.

He described material that would be posted by employers as “education” and the platform as “technology that is effectively an education environment”, adding: “What we do is offer the opportunity for a business to engage a community [of potential recruits] through education…

“Instead of graduates having to know the name of your company, type it into Google, find your website, and go to the careers section, what we do is a far more innovative approach.

“Our community can go into an ‘academy environment’ of that law firm… On our platform the firm can distribute news, blogs, and specific educational content, for learners to access completely free.

“So instead of saying we expect applicants to have – typically – at least a 2:1 from a Russell group university, this way the talent pool is far more diverse; you’re offering an opportunity for people to learn about your business.”

“Instead of just 1,000 people who went to UCL, Oxford or Cambridge and so on, you’ve now got people applying from Argentina, Australia, India.”

He said the “learners” could take assessments, tests and courses designed by the law firm, with the results forming part of the mass of analytics provided by the platform to the firm. Firms could then interact with the potential recruits in private areas, inviting them for interview or even setting further tests for them to complete.

Mr Clements claimed research showed that young people now wanted to spend two to three months deciding who is the right employer for them, compared with just a few weeks a generation ago.

“Brands are now asking how they can engage them slightly earlier on. One thing the new generation is looking for is education; they want to be talked to about things before they make decisions.”

He said his wife was a secondary school teacher and that 14-year-olds were “already starting to look at what kinds of jobs [to pursue] and are looking for a tech environment to research them”.

The company was using social media and “links with universities and schools” to build an “organic community” that he hoped would number “north of five or six million within the next two to three years” and with which law firms would “remiss not to engage”.