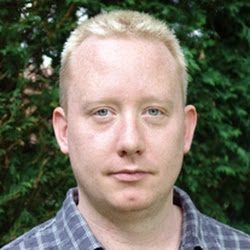 An attempt to ‘crowd fund’ £1.5m for the launch of what is claimed to be the world’s first live online pay-as-you-go legal advice service will begin this week.

Quegal (Question of Legal) will charge users 60p a minute to receive advice from junior solicitors and paralegals.

Though initially follow-on legal work will probably be referred to a panel, founder Robert Quaranta said his plan is to set up a separate law firm to handle this. It will focus initially on eight common areas of law – employment, property, family, criminal, consumer, business, probate and personal injury – and may also apply for a legal aid contract, he said.

Other websites that answer questions are already available, such as Expert Answers and Question the Expert, but do not guarantee an instant response.

Mr Quaranta – an Internet businessman who first set up a legal comparison site, Global-law.com, a decade ago – said he is working with an unnamed magic circle lawyer together with a law lecturer at Surrey University to develop Quegal.com.

He will use this week’s opening to UK projects of Kickstarter.com, a US platform that has successfully crowd-sourced funding of nearly 32,000 projects to the tune of $341m, in his quest for backing, although he said he has also had approaches from venture capitalists.

Mr Quaranta said the proposition has been successfully “tested to destruction” during a six-month trial in which he spent £30,000 on Google advertising around 400 key words. The aim is to raise the money over the next five months before the final stage of development, with a view to going live in a year’s time.

“The rise of those with online access, together with a persistent unwillingness by the profession to regulate quality, reduce costs, simplify advice and offer greater accessibility, will allow the Quegal brand to secure a considerable niche market share,” he said. Mr Quaranta also has ambitions to offer the service abroad.