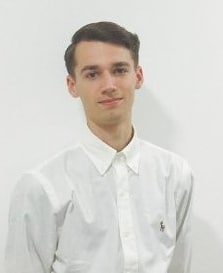 Matcham: better to have a McKenzie Friend than no one

A second-year law student in London has launched an online ‘marketplace’ for McKenzie Friends (MFs) that he hopes will be boosted by “hundreds” of fellow students taking up the opportunity to gain practical experience and offer services to the public on a paying basis.

Fraser Matcham, who is 19, has secured the help of Westminster University, where he is studying, and BPP University Law School with the venture, which is backed financially by two private investors.

At a time when the judiciary is being urged to ban paid-for MFs, Mr Matcham said in a blog that he wanted to “restructure, reform [and] rejuvenate the role and regulation of McKenzie Friends throughout England and Wales”.

Speaking to Legal Futures, he stressed that he was not suggesting that an MF was a substitute for a qualified lawyer, “but if you can’t afford one, it’s better to have a McKenzie Friend than no one… Lawyers don’t seem to realise that these people would love their advice but can’t afford it”.

The McKenzie Friend Marketplace aims to be more than just a directory; instead, it will facilitate payments – taking a commission (5% for students) – and subject MFs to a code of conduct. They must also have professional indemnity insurance.

At the moment, he refers would-be members to two particular insurers, but he is working on a package that could be offered through the site.

Struck-off lawyers could join the site if they were not in breach of the code of conduct, Mr Matcham said.

It is currently accepting applications from people who want to be listed and Mr Matcham said he has received 20 in the first week, including some from lawyers. He aims to launch the site to users in about a month.

Students must be at least in their final year and Mr Matcham said he hoped to recruit “hundreds” this autumn from the cohort of new final-year students at the two universities. He expected that most of those offering services through the site would be students.

He stressed that they would not have to provide unreserved legal advice if they did not want to; they could offer more administrative services, such as help with form-filling. This is the kind of work Mr Matcham himself does as an unsupervised volunteer at the Personal Support Unit, the national charity that helps people facing court alone.

In October, he is also planning to provide a training programme for McKenzie Friends at one of the supporting universities, which will be open to anyone.

Mr Matcham, who was at pains to point out that he had done his research before starting the venture, said came up with the idea last August. He secured his two investors soon after, and has also had support from solicitors, barristers, academics and others. It has three people who will handle client service, another three for membership, in addition to himself and the investors.

The universities have helped in particular with the code of conduct and a McKenzie Friend Guidebook.

If the judiciary decided to ban paid MFs, Mr Matcham said: “If payment was no longer an option for our members, we would simply remove the payment features and restructure any documentation as and when required.”

Professor Peter Crisp, dean and CEO of BPP University Law School, said: “This is an excellent opportunity for final-year law students, graduates and postgraduates to put their learning and knowledge into practice.”