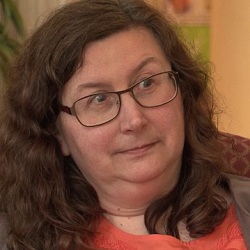 One of the first online and subscription legal services celebrates its 20th anniversary this month, with its founder putting the lack of copycats down to the profession’s risk averse nature.

“However, though it, I came to realise that many landlords and also tenants had no idea of their legal rights and obligations,” she recalled.

“So I asked people if they would be prepared to pay to get access to a website with answers – and most people said ‘yes’.”

The site went live as a legal information service and membership site for private residential landlords in November 2001.

Such was its success that Ms Shepperson shut down her law firm in 2013 after 19 years to focus on it full-time in an unregulated environment, although the Solicitors Regulation Authority’s introduction of the Standards & Regulations in 2019 allowed her to become a practising solicitor once more.

She said: “The traditional way of obtaining legal advice in those days was – and often now still is – to put on a suit and go and see a solicitor at £100+ per hour.

“However, it is much more efficient to write a really clear article answering common legal problems, put it online and then charge a modest fee for access.

“Once the article is written, I can go off and do something else rather than saying the same thing over and over again to clients individually while still earning an income.”

The original site mostly consisted of articles and FAQs along with step-by-step guides. The solicitor later added documents like tenancy agreements and online training, as well as an in-person conference.

The site was originally targeted at both landlords and tenants but Ms Shepperson said the service was never popular with tenants in the same way and she closed the tenants side down in 2014.

However, she has since set up a separate service for tenants called the Renters Guide, which is largely free, with solicitor Harriet Thomas. “It’s another online experiment,” she said.

“It’s a lot of work setting up the service. It took me up to a year to develop the original content and I’ve been adding to it ever since. The content is now huge,” she said.

“For people to pay for access, the information has to be easy to understand. Few lawyers are able to write in the clear, easy-going style which this demands.

“Finally, most lawyers, though excellent people, are risk averse. Indeed, the very best lawyers are perhaps the least fitted, temperamentally, to running an entrepreneurial online business.”

Ms Shepperson said she has had to learn all sorts of other skills, such as managing websites, coding and marketing. “Those things are not taught at law school.”

A basic membership subscription for Landlord Law is £25 a month (or £250 for the year), which gives access to agreements, articles, guides, a ‘rent arrears action plan’, monthly webinars and a discussion forum.

A business level subscription, costing £30 a month (or £300 a year) – temporarily reduced from £40/£350 due to Covid – offers various extra benefits, such as a ‘DIY eviction kit’ and one free telephone advice call with the solicitor.

Ms Shepperson has created a five-firm panel for members who want more detailed legal advice. The firms – Cozens Hardy, Dutton Gregory, JMW, Newbold Solicitors and Woodstock Legal Services – can only field solicitors to provide the advice as part of the arrangement.

Ms Shepperson said a substantial proportion of members have been with the site for over a decade.

In 2019, she explained in a blog on Legal Futures how a membership website changed her life.