Online legal documents: “not a place for the faint-hearted” 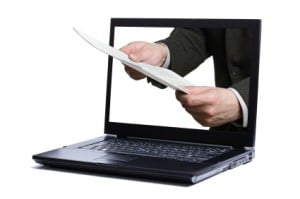 The only winners in the online legal documents business are those supplying services to the likes of law firms, financial institutions and trade associations – rather than selling them directly to the end-user – new research has found.

Market intelligence firm RBP also warned that engineering online legal documents is not an end in itself.

It said there are 37 businesses offering a range of forms, data, formations and precedents, but are being undermined by the plethora of free services available from a wide range of sources.

RBP director David Johnston said: “This no-man’s land between professional services markets is so full of techniques that destroy value – actively deployed, enthusiastically pursued, escalating and often recklessly indifferent about the damage done to others – that even standing still is exceptionally hard.”

Valuing the market as worth £53m, the research said “this is not a place for the faint-hearted”, with profits no better than in other areas of legal information services, and sometimes worse. It estimated the long-term profitability of the market at 13.3%, and the long-term growth rate at 10.8%.

Mr Johnston explained: “Every client of a lawyer or accountancy practice will have had documents supplied as an inherent part of their service, as well as increasingly a range of ‘dabbling freebies’ up front now too. Many of the suppliers to law firms and accountants go direct too, and company formations, credit agencies etc will offer a wide range of documents as loss leaders.

“Every franchise, tradesman, van driver, beauty technician, micro business and SME has access in some form or other to forms and precedents from government sources, trade associations and affinity groups, often backed by insurance advice and assistance too. The insurers go direct as well, often to hundreds of thousands of prospects as well as hundreds of thousands of direct clients. The banks flood the market for every new business with packs and tools, many of which are quite good.”

The issue for those in the market is how to get heard above all the noise. The only successes are those in the niche of supplying retailers with these tools; the likes of Epoq, Law Donut, Qdos, Hotdocs, LawontheWeb, smarta and Employment Law Essentials have 24% of the overall online documents market, it said, up from 6.3% in 2005.

“Winners sell the shovels; they don’t dig for gold,” the research concluded. It also argued that content is not king – “document/precedent quality matters only in context” – while legal engineering and intelligent automation is not an end in itself.

Mr Johnston said law firms tend either to over-engineer the use of documents as a standalone ‘product’ or expect far too much from them as a marketing gambit. While they can form part of a firm’s service, it is unlikely that “a retail document based ploy will reinvigorate the firm’s marketing”, he said.

“Perhaps the key point now is that legal engineering is an established toolkit, but it guarantees nothing in and of itself.”