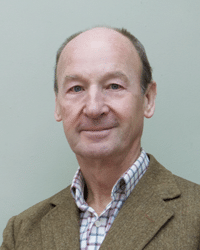 A legal document assembly business founded by a solicitor has created a web-based, dementia-specific lasting power of attorney (LPA) that it claims is far superior to the online LPA provided by the government.

Net Lawman, which produces a wide range of DIY legal documents via web-based document assembly software, has teamed up with the Alzheimer Society-backed dementia support website Unforgettable.org to distribute the LPA, which it says includes a number of features particularly useful to dementia sufferers.

Meanwhile, the company is also offering a number of its online will products white-labelled for solicitors, including free simple will templates. It admitted this was an effort to place its products in the marketplace via solicitors, giving it reach it was unable to obtain under its own brand.

Director Thomas Taylor, whose father, commercial solicitor Andrew Taylor – a founder member of the Society for Computers and Law and Net Lawman’s managing director – started the company in 1991, told Legal Futures the Unforgettable LPAs were a major advance on the only other LPAs that could be completed instantly online – those provided on the government’s website.

Both were free, he said, but the Unforgettable version offered optional add-on telephone support for about £45 if required. If necessary, a third-party firm of will writers, Brook Worthy Law, would call at the person’s home and a psychiatric expert could certify mental capacity.

The software would also, uniquely, include a dementia-specific statement of wishes to append to the LPA in place of its ‘preferences’ section, he said. This would involve such matters as consent for the use of CCTV in bedrooms, the use of drugs, and electronic trackers to help keep tabs on the dementia sufferer’s whereabouts.

Mr Taylor was candid that Net Lawman’s strategy in a competitive legal documents market was to place its software on existing websites rather than compete for its own brand recognition: “People who have problems that can be solved by legal documents are unlikely to come to our website – our brand is just not strong enough.”

But he said the company’s “ultimate aim” was to give its wills free to charities so they could benefit by, for instance, procuring legacies from donors.

Net Lawman’s software coding and much of the legal work is done in Pakistan by UK-trained personnel. Similar documents are available in a range of other common law jurisdictions, including India, Australia, New Zealand, Canada, and South Africa. They were “signed off by solicitors based in those jurisdictions”, Mr Taylor added.